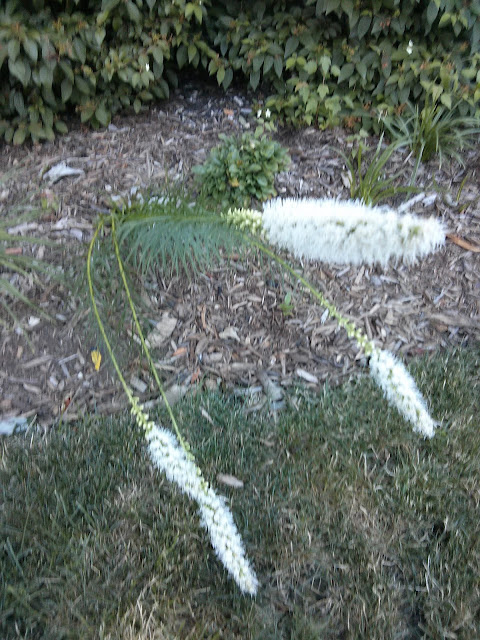 Back in late May, I picked up this Spiked Gayfeather from the Elmhurst Garden Club annual plant sale.

It was a little thing with just a few inches tall of greenery.  I put it in the backyard in the beds underneath our family room.  It (apparently) likes it there.  Four flowered shoots have grown to be three+ feet tall and the flowers are so heavy that they're weighting down the stems.

Nat doesn't love the placement, but I am not sure I should move it.  She wants it to be moved to a different area where it can serve as the background behind some lower plantings.  I don't disagree with that idea, but I'm hesitant to move something that so clearly is happy and healthy.   They're known to divide after some time, so maybe early next Spring when they're just popping up, I'll dig up the roots of some of them and move them around.
backyard daily flowers garden gardening landscape landscaping