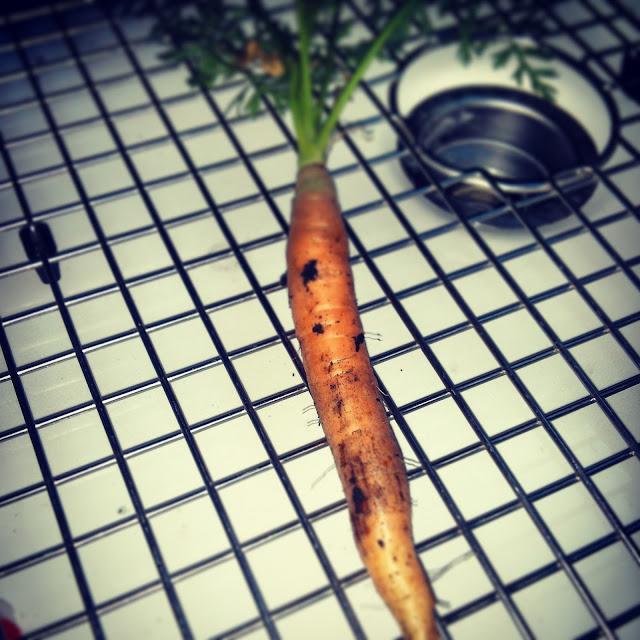 This was the second year we grew carrots in our garden.  Last year, we had a bunch of those short stubby ones that I planted way too close together.  So this year, I decided to try to use carrot seed tape to make sure the seeds were evenly spaced and I wouldn't have to yank a bunch of seedlings out.

Something happened.  Either I planted them too deep or the seeds in the tape had turned or something because I only ended up with about 20 or so carrot seedlings.  Instead of the 300 or so I was expecting.

This is the first one that I pulled out to see where they were in their growth process.  They're much longer than last year and have a nice orange color up near the leafy greens.  I'm going to leave the rest of them in the ground a bit longer, so hopefully we'll have some carrot stick 'mixers' for a bloody mary bar during one of the Bears' games this season.
carrots daily garden gardening vegetables