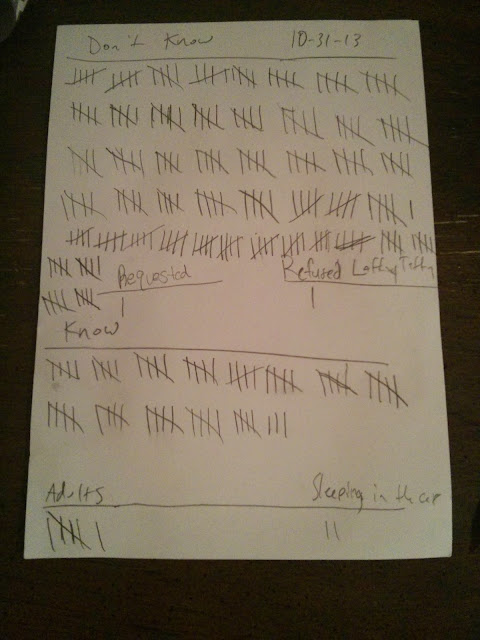 Last year we had 8 adults, this year just 6.  But...there were a few people that had multiple bags where they said that their son/brother/sister was 'Sleeping in the car'.