Posted by Jake Parrillo on January 28, 2014
This morning, University of Illinois Athletic Director Mike Thomas sent out a mass email asking for local farmers (and Illini Fans) who might be interested in putting up Burma-shave signs along one of the major highways in the State.

Based on the map they've included, they're interested in putting them all the way up towards Chicago, so hopefully we'll see them pop up soon.

Think it is a pretty cute idea and a nice way to boost enthusiasm for the programs. 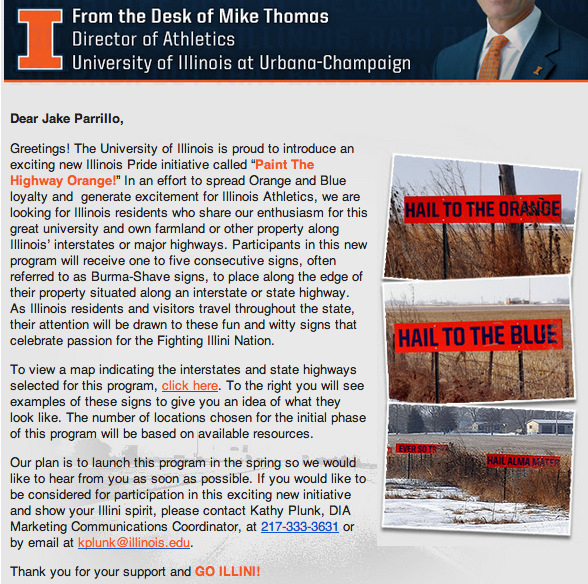