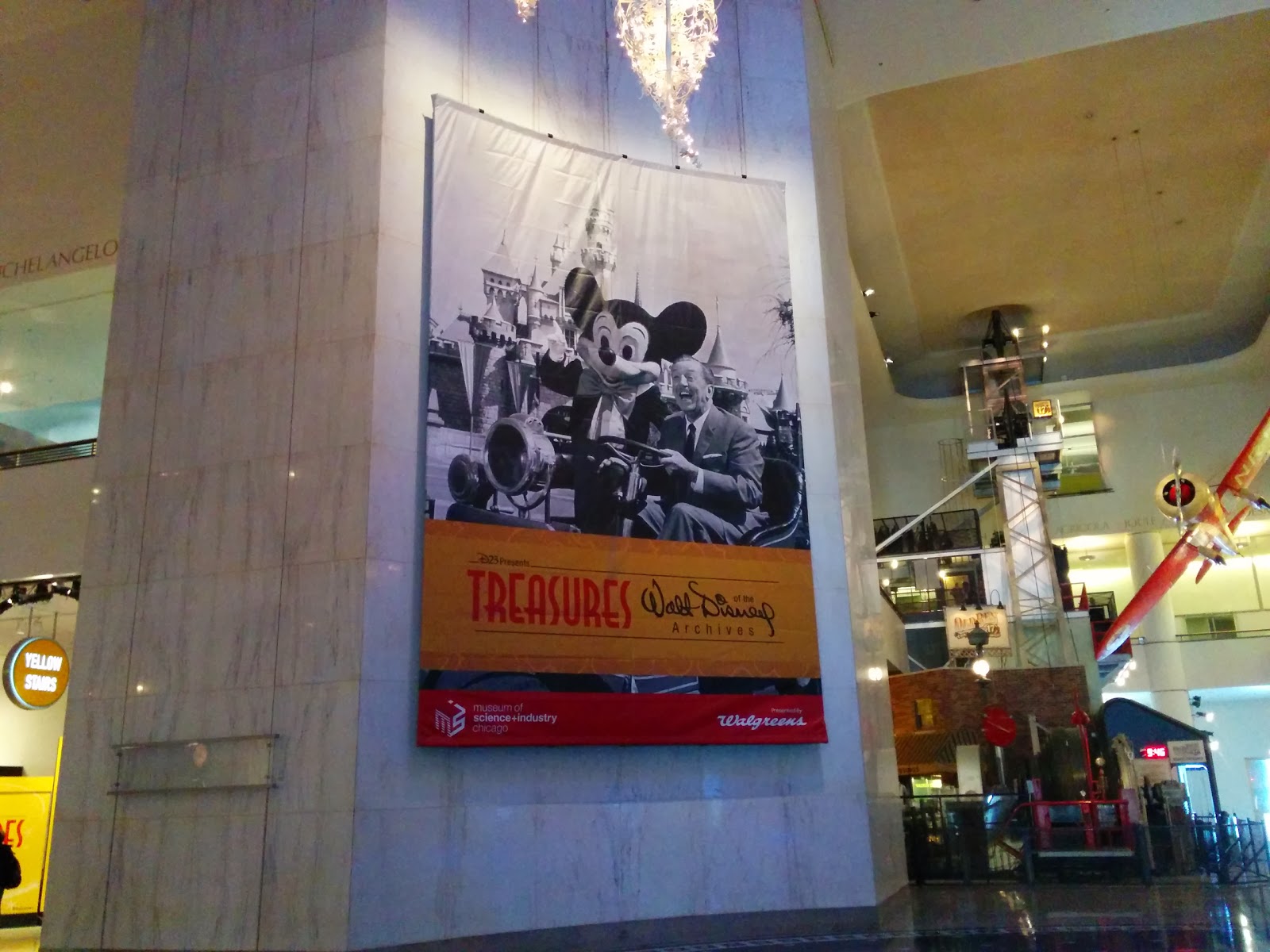 Over the weekend, we went to see the Walt Disney Archives (traveling version) at the Museum of Science and Industry.  We arrived right when the museum opened, so we had very few lines to deal with - which was pretty nice.

The exhibit is really broken down into three four parts:

I really loved 3/4 of it and found the whole story of Walt's entrepreneurship pretty compelling.

The Bird - who is four now - didn't love it.  By the end, she just wanted to get going so we could go see the baby chicks hatching in the other part of the museum.
museums