Posted by Jake Parrillo on May 16, 2014
Last week, we went to Menards to pick up some plants and I'll be honest:  we were a little disappointed with their selection.  They don't seem to have given a lot of care to the plants and many were already dried out.

In the shade section, however, they had some nice hosta varieties that were thriving.  I picked up three kinds - mostly so I could have a firm grasp on the differences between the ones in our yard.

First is the Brim Cup Plaintain Lily.  Has nice yellow tips.   Planted a few of these on the west side of the fence on the northside of the house in the shade of the Cleveland Pear Tree and south of the walk. 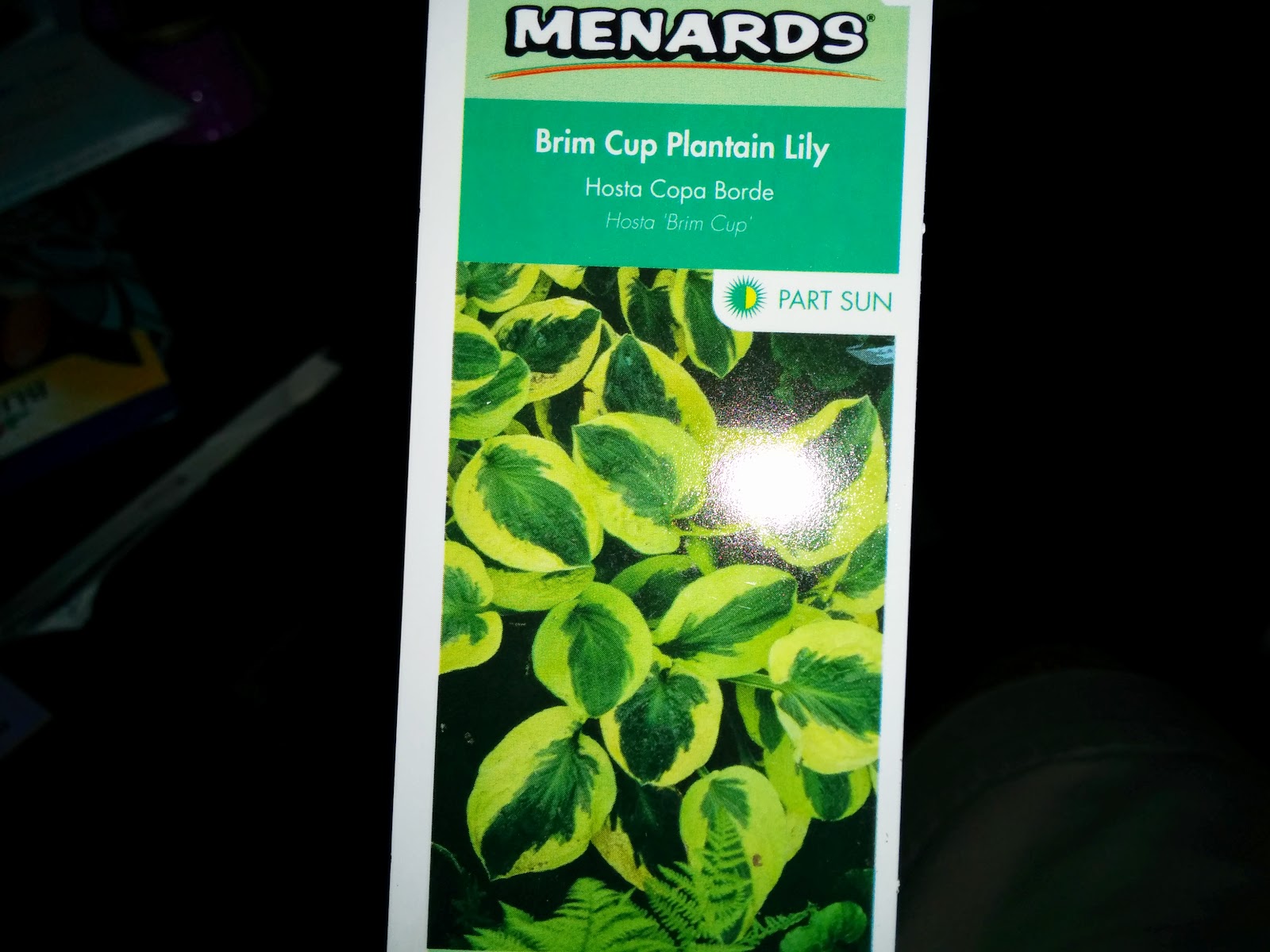 Next is the Great Expectations.  Light green variations on the center of the plant.  Planted these on the northside, both east/west of the fence.  One in particular is right on the walk in the backyard on the north of the walk. 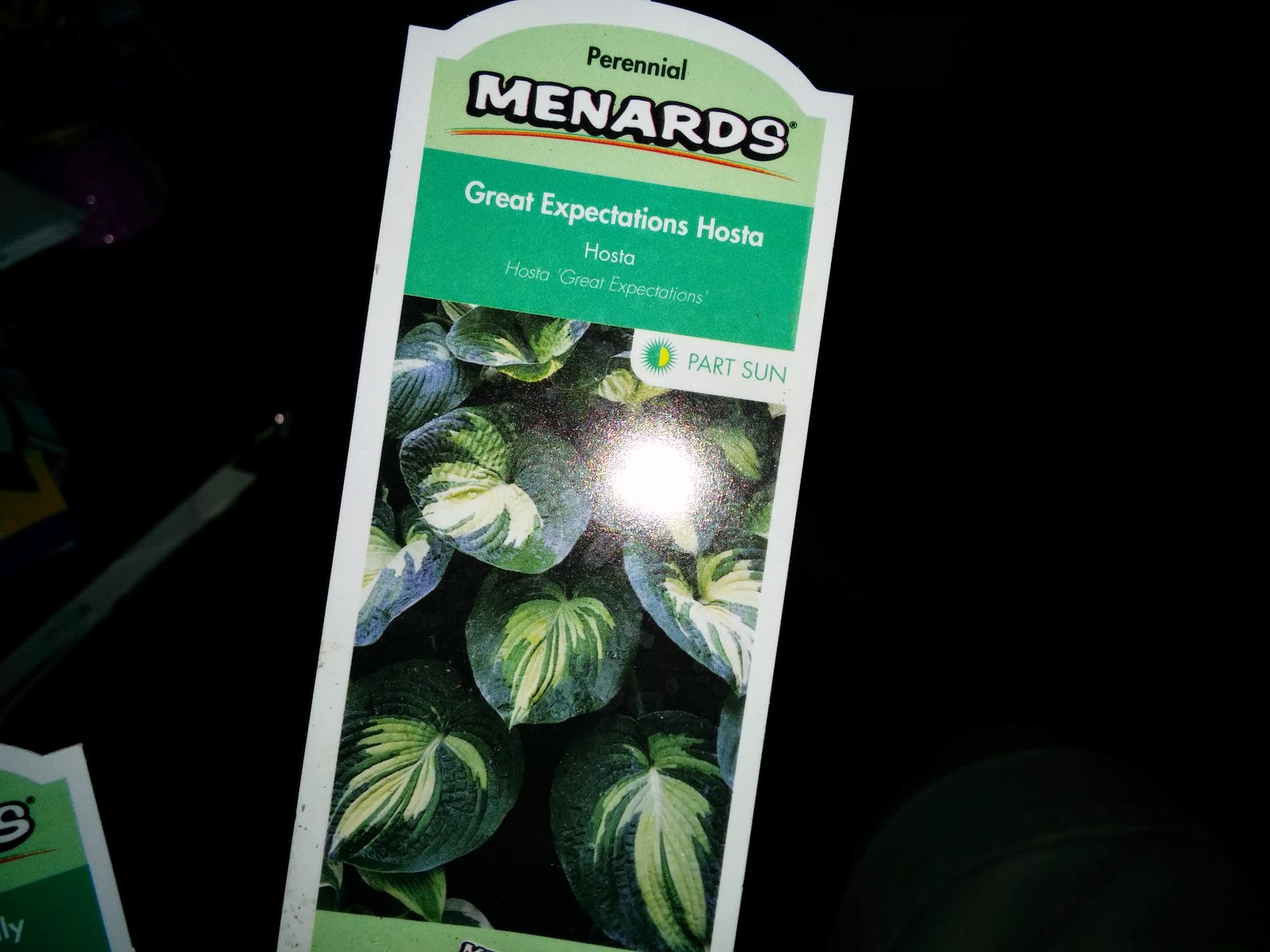 Finally, is the Fragrant Blue Hosta.  We have some of these around, but I wanted to add a new one for comparison.  This one, I planted on the north side of the house, west of the fence under the Cleveland Pear Tree. 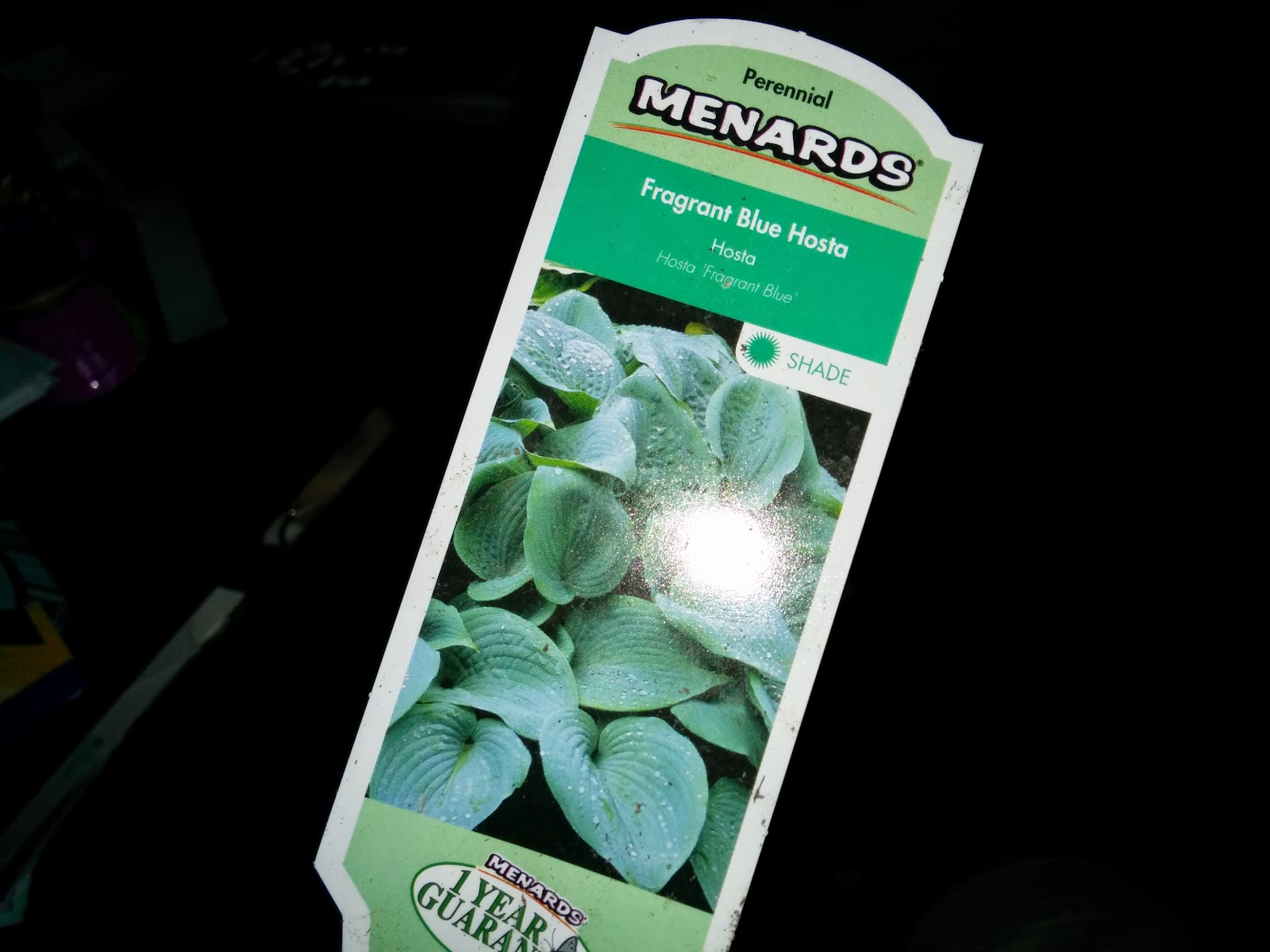