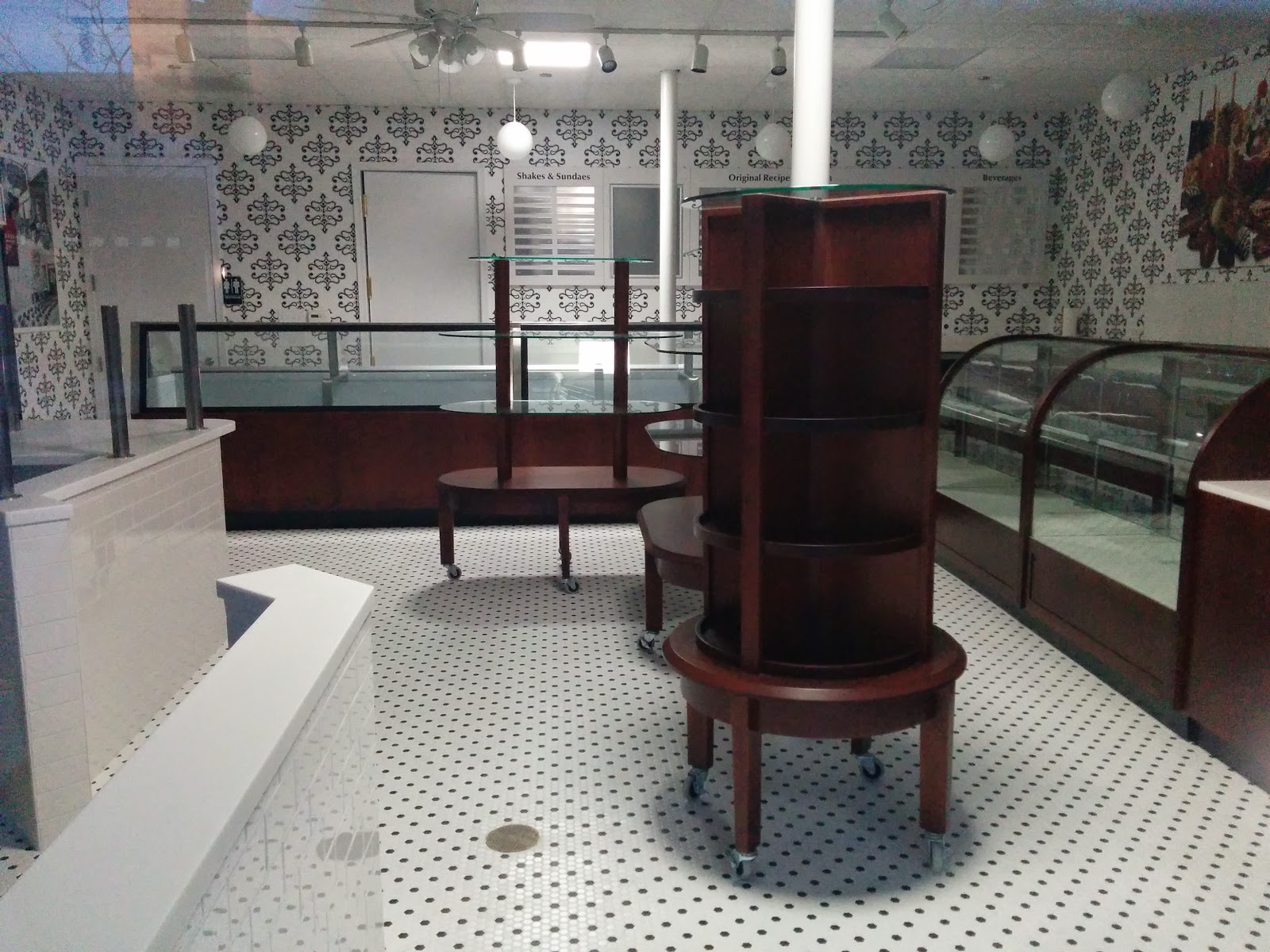 I took this photo of the brand new Kilwin's in the Elmhurst City Center last week as they were putting the finishing touches on the place.  When the sign went up and announced that Kilwin's was coming to town, I was surprised by the timing.  After all...I mostly considered Kilwin's an ice cream shop.  That's all we really ever use it for up in Michigan.

But...then...I saw how they had this place set up with various cases and displays and remembered that they are, indeed, a big-time candy shop.  They make chocolates and carmels and such right there in the window in one of those big copper kettles.

And you know what?  When is the biggest season for candies?  It isn't Christmas, I would guess.  It *has* to be Spring.  Valentine's Day is staring us in the face.  Followed fast by Easter.  Followed by Mother's Day.