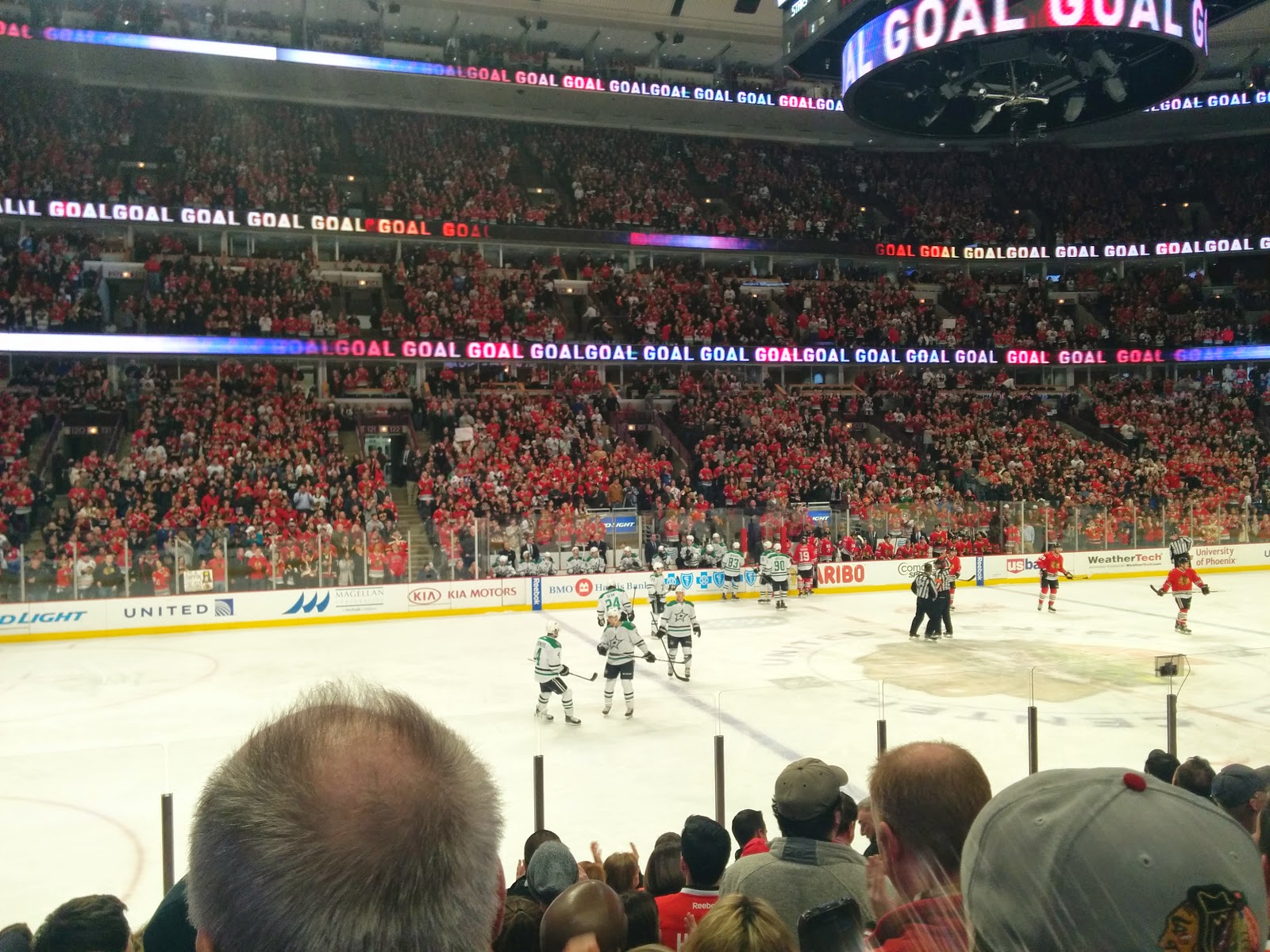 A few weeks back, I was invited to watch the Chicago Blackhawks take on the Dallas Stars by a friend who lives in Elmhurst.  I *think* I've been to a couple of 'Hawks games before (I believe Matt - the Mayor organized a trip to the United Center during one of the Christmas Breaks while we were in college (the late 90's) and I have a faint recollection of going to the Blackhawks game with my little league baseball coach and his son when I was really small.

But...I can't quite confirm those things in my memory...so I'm claiming this as my FIRST Blackhawks game.  It *is* the first one I've been to since the team has been good the past few years, so that's something, right?

Oh...and they won in overtime, too!  It was pretty awesome.  We then ran to the car and got out of the parking lot pretty easy.

I do have one beef, though.  They Hawks wear red jerseys at home.  That's too bad.  If I was a season ticket holder, I'd be pushing the team to reverse that and wear white.  The reason being that RIGHT NOW, every game you go see is always going to be red vs. white.  That's a little boring.