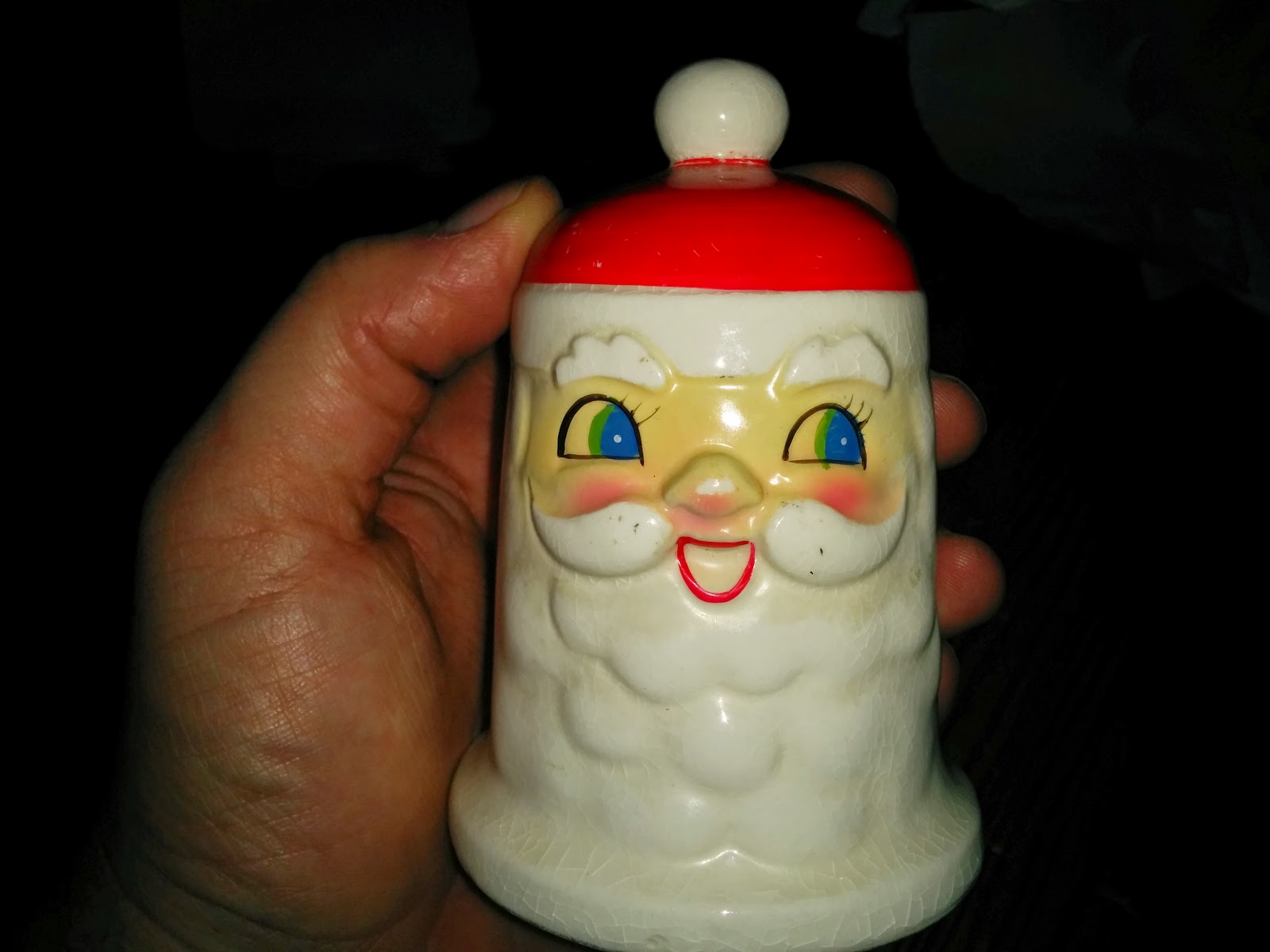 As part of our annual New Year's tradition up in Michigan, we make a stop at the Great Lakes Antique Market and I gorge on some 50% off vintage Christmas stuff.  Here's the kickoff post from the 2014 series.  We went to two of these markets - the normal one in Coloma and a bigger one in Saugatuck a day later.  I think Nat preferred the Saugatuck market, but based on the prices alone, I'm more of a fan of the Great Lakes version.

This first piece is a Holt Howard Santa Claus bell from 1962.  After seeing him in one of the booths, I couldn't pass it up.  Here's the upskirt below showing off the Holt Howard mark and the Japan sticker. 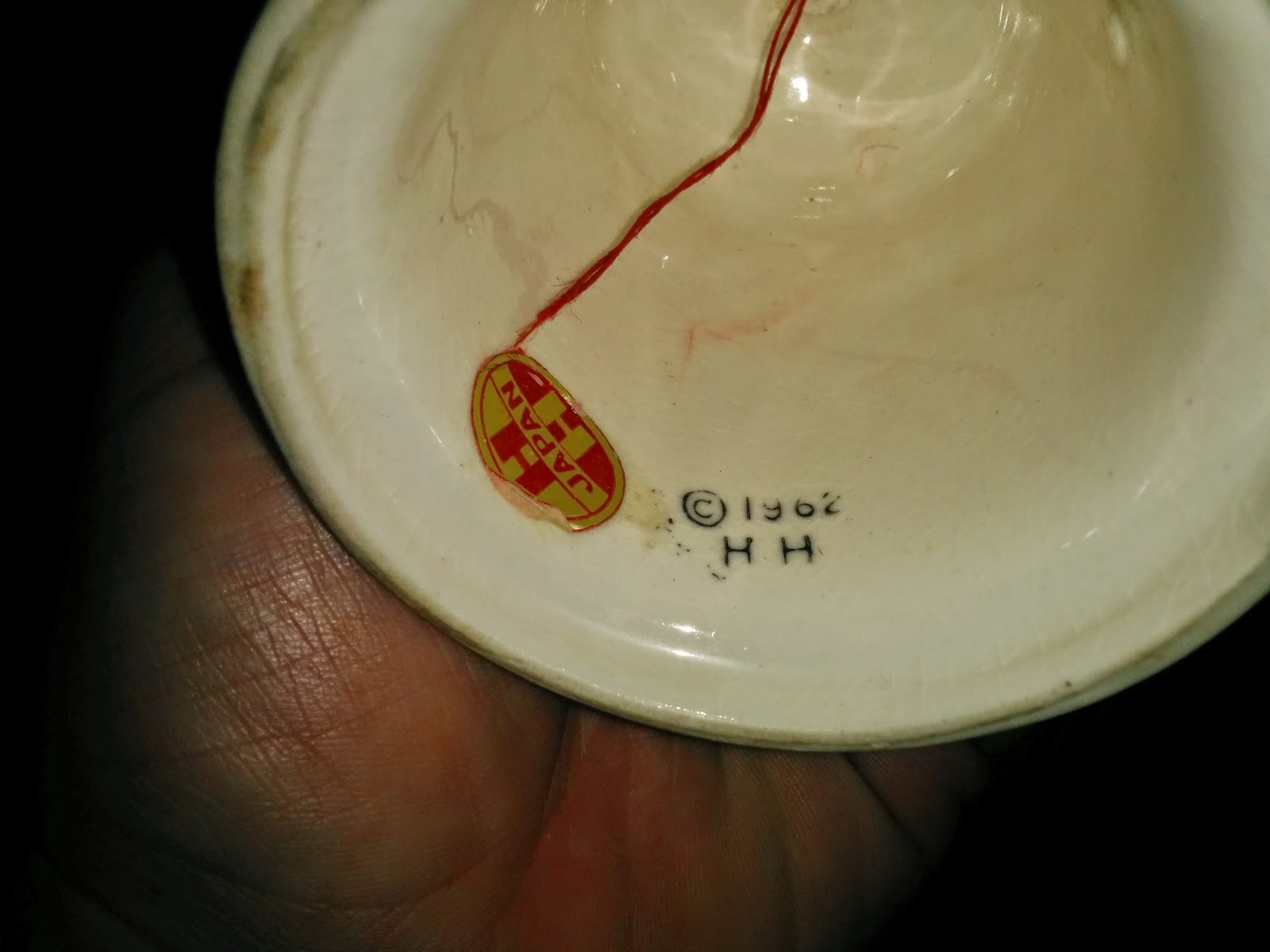 This wasn't the only bell that we bought, but it is our first.  So...maybe there's a trend coming?
2015 resolution everygoddamdamnday santa vintage christmas