Something Brewing At Old Plass Store In Elmhurst City Centre? 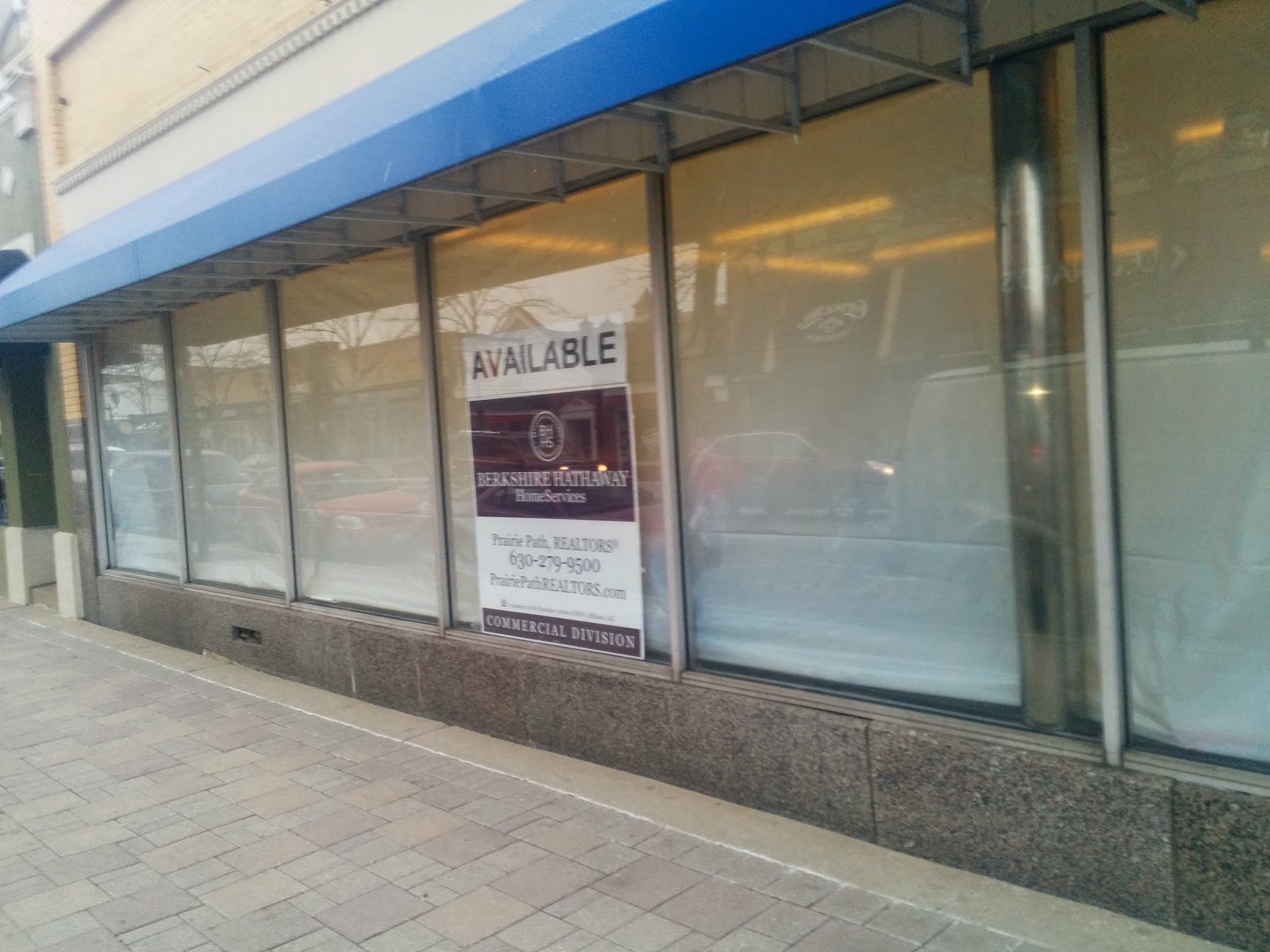 As I was walking by the old Plass furniture store in downtown Elmhurst, I saw a crew of guys putting up this plastic sheeting on the inside of the windows.  The store has been mostly empty (except for some random antique appliances and weird discount mattresses) since the place closed in 2013.  Almost two years ago, I covered the store closing here.

The store is HUGE, so it is a big opportunity for downtown Elmhurst/City Centre.  One of the things I think the community could support would be some sort of incubator.  Have a certified kitchen/lab than can bring people out of their home kitchens.  Have a store-front to sell goods for independents and have some co-creation space for others.  Kind of a blend between a co-op and a tech incubator.  There's enough space in there to do so much in one location.

Have to think that the City would help support something along those lines and it could bring a nice shot of activity to the city centre, right?
2015 resolution city of elmhurst downtown elmhurst Elmhurst City Centre everygoddamdamnday real estate