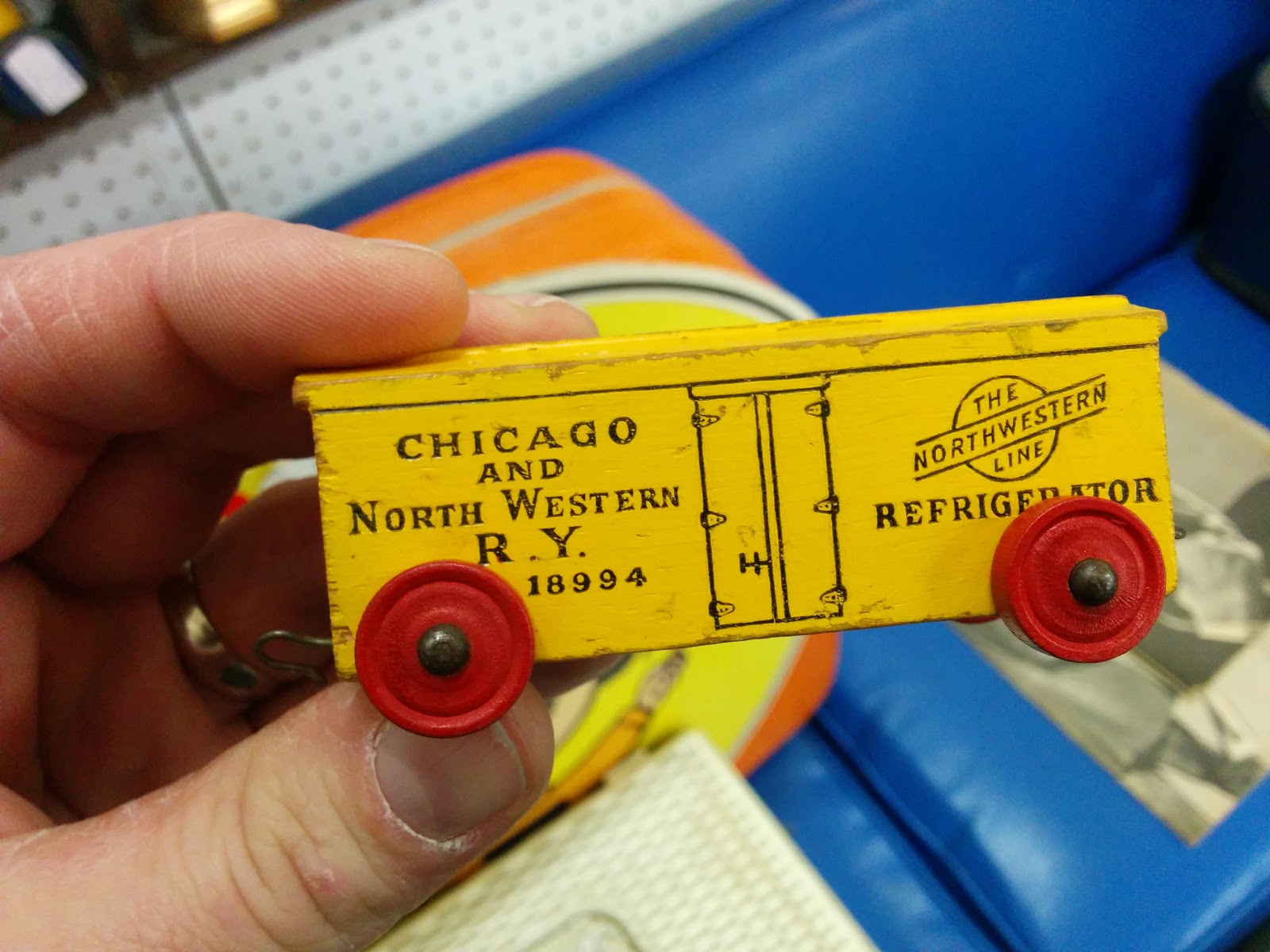 I ran into this set of vintage wooden toy train cars on an antique trip that are in the same style as todays "Thomas the Train" ones that run on that simple wood rail system and are connected with magnets.  If you have kids under seven, you know the stuff.

This old set didn't use magnets, but rather hooks/loops but was seemingly the same size and would run on today's wood track.  Based on the price....this isn't meant for play as a toy.  But...for some toy collector who remembers these from his childhood.

The reason why they jumped out to me is the C&NW mark on the car.  My oldest sister worked for them before the line got gobbled up by the Union Pacific and was the final train line that carried the Chicago name to be in existence.  If you look closely around Chicago and the suburbs, you'll see "Chicago and North Western" marks/symbols at train stations, on bridges and elsewhere.

Oh...and based on the price (I think they wanted like $35 for the set of 4 or 5 cars), I passed on this, too.
2015 resolution everygoddamdamnday trains vintage vintage toys