There's An Election Tomorrow In Elmhurst 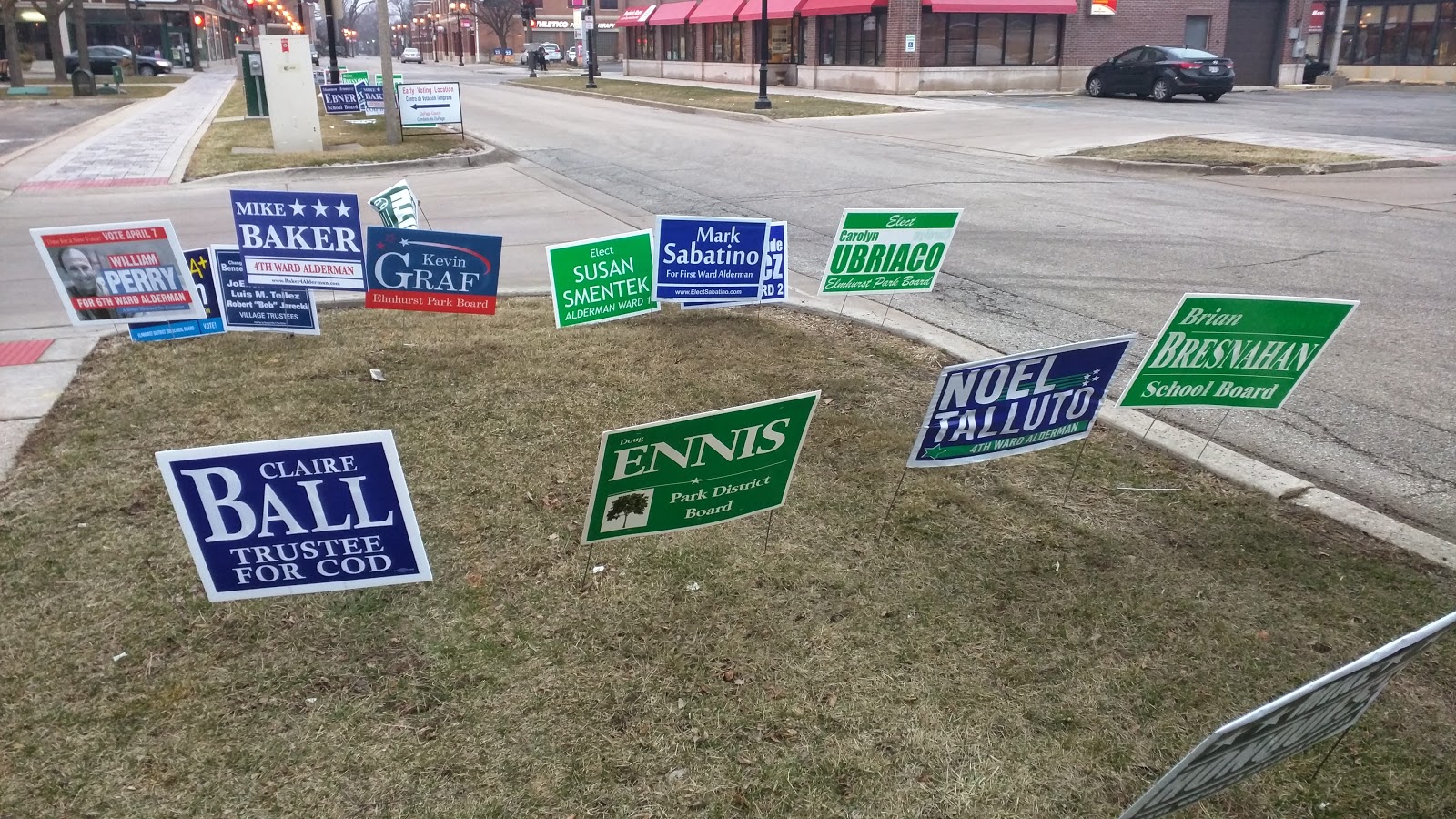 (If you're reading this in your email, the election is actually *today*!)  I was walking by City Hall over the weekend and was surprised by the volume of campaign signs that were posted in the parkway.  There has been early voting at City Hall and my assumption is that these campaigns wanted to make sure they had a presence in front of those early voters.

But, it makes me wonder:  do these signs actually work?  Is there a voter out there who is engaged enough in the electoral process that wants to actually early vote who doesn't know who they're going to vote for?  And glancing at one of these yard signs is going to sway them?

I suppose, there is some notion of 'confirmation' that can be achieved with these signs.  And...it really doesn't cost anything to put one up.  That minimal cost/effort is likely the reason why these things are even here.  When you're running a local campaign, the margins are often so small that you want to make sure that you're not leaving any 'stone unturned', so you do these little things because you see your opponent out there doing them.