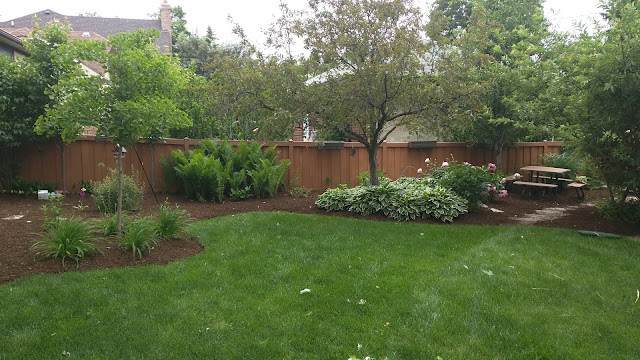 The mulch is all spread out and set up in the front, back and sideyards.  Nothing looks (or smells!) better than day one of new mulch in your landscape beds.  Seven yards of the stuff this year.  There's a bunch of grades of mulch and for the first time we went a click up the chart from mid-grade to one higher.  Not quite the most premium stuff, but better than the grade of mulch we normally get which contains some larger chips and not as fine.

Here's the post from 2013 featuring the mulch.
And here's the post - and video - of the mulch arriving back in 2011.
2015 resolution everygoddamdamnday landscape landscaping mulch