Come On, Disney! Where Are The Android Apps?!?

Posted by Jake Parrillo on August 18, 2015
Imagine my delight when I fired up gmail and saw this promo email from the fine folks at Disney.  They're promoting some new mobile apps tied to the new Pixar movie 'Inside Out' - which my girls loved.

Squee!  I couldn't wait to open the note and then download some stuff to show off to the girls tonight.  I mean...anything to get them away from watching unboxing videos on YouTube Kids, amirite?!?

I open the email and my excitement quickly turns to frustration.  See all those iOS app store logos?  Hrumph.  All three apps that they're promoting are available in the Apple App Store only. 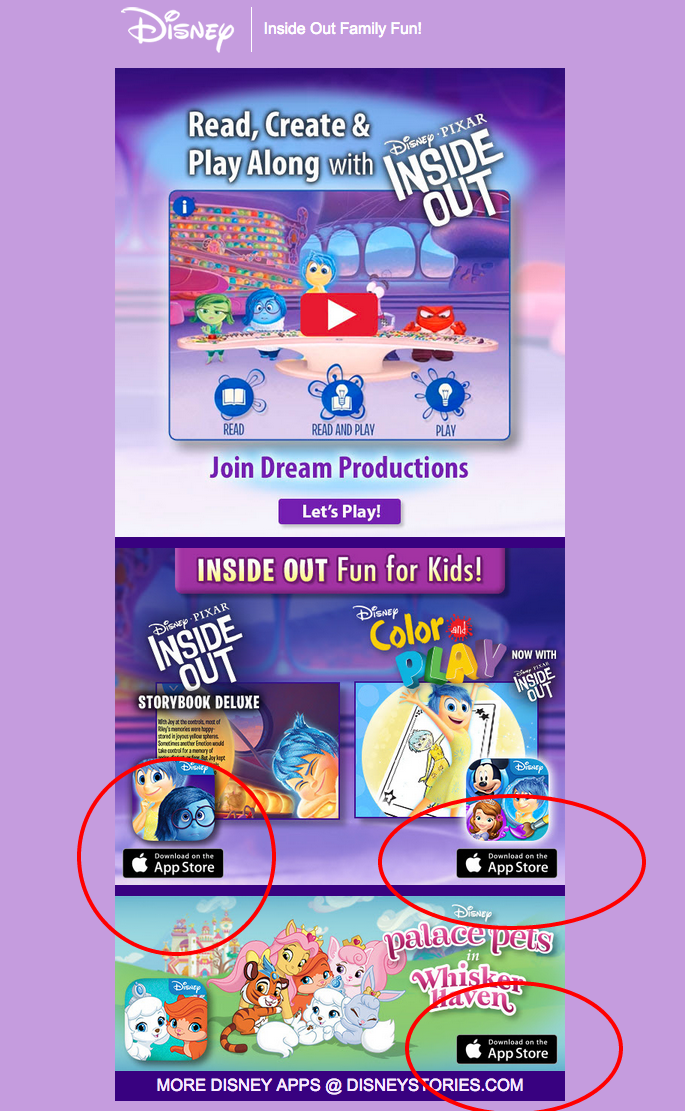 What about us Android users?  No apps for you, I guess.

Add this round of disappointment to the pile that exists because they rolled out their cute "Disney Side" app that allows you to overlay a Disney character image on a selfie.  We'd love to do that, right? 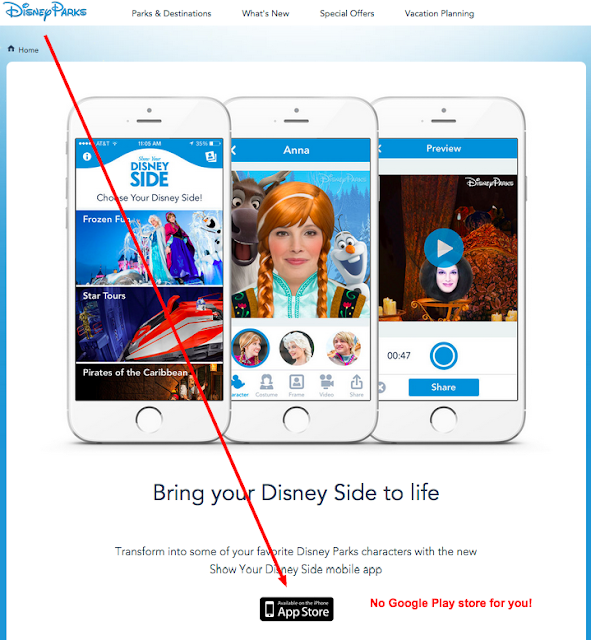 Come on, Disney!  I *get* that developing for the iPhone is easier and you can get things to market sooner, but for the most part, their apps are just re-skinned versions of other games they have on the shelf.  Why not bring an Android version to market, too?  There, are, after all millions of us walking around with Android devices and *some* of us are even on things like the Nexus 5 or 6 where we are using the latest hardware and OS together.

I'm disappointed, Disney mobile team.  I wanna have my girls play "Color and Play" with Joy from Inside Out.  And I can only guess that the Babe would LOVE nothing more than to have a Princess Palace Pet in the Whisker Haven app.

Imagine if they only developed the MyMagic+ application for iOS only.  I wonder what percentage of park visitors are on iOS vs. Android?  Guessing there's a significant portion on Android and that's why they had to roll out a version.  Perhaps on their games, they're guessing that Android users are a small percentage?  Too bad for us.