So Long, 274 N. Indiana Street. Thanks For All The Fish 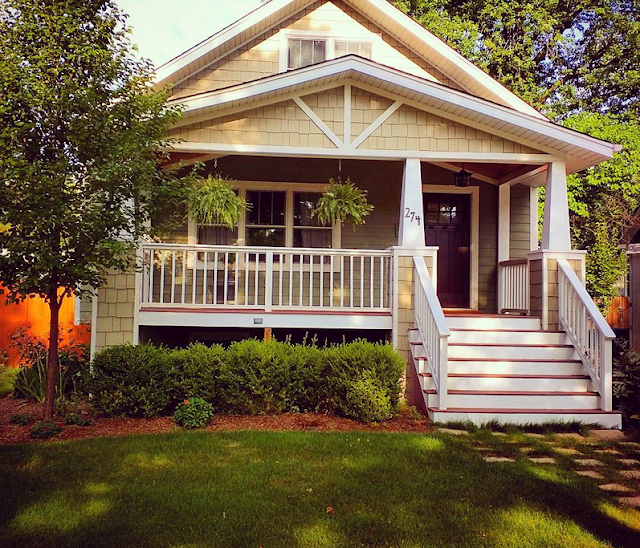 A week ago today, we moved out of this place.  We bought this home together back in September of 2008.  In fact, we closed on it the day of our rehearsal dinner.  We didn't go to the closing, but my Dad stopped by our attorney's office and picked up the key on the way to our rehearsal dinner at Southport Lanes.

I remember the smile on his face when he saw me and dropped that dangling key into my hand that night.  What a whirlwind.  Buy a house, get married.  Go on a honeymoon.  Then come home and begin a long rehab process.

That process took five months.  We moved in close to Valentine's Day 2009.  We had been staying at Nat's parents' place while we built the house and while that was awfully nice, it was different when we moved in here.

I think of our three kids as our 'second, third and fourth projects' together.  But the house at 274 N. Indiana?  That was Nat and my FIRST project together.  And it was A LOT of fun.  Her touch is all over this place.  From the little details to the big choices like colors and layout, Nat really made this house our home.

And then came the three kids.  Each of them - The Babe, The Bird, and The King of The Ball Tossers - were all born at Hinsdale Hospital and brought home through the front door of this place.  Those memories are strong and will remain strong for both Nat and I but so much more happened here.  From the countless family parties to the more-fun-every-year Christmas mornings, we've grown as a family in this house together.

We rescued this house from the edge of the wrecking ball.  If the real estate market was booming like it was in 2005 or 2006, there's no way this house would have been saved.  A builder would have gobbled it up and tore it down.  We stripped it down to the studs.  Just the studs.  All new mechanicals.  All new finishes.  Only thing left in the house that was original are the 2x4" studs (really 2x4 inches, btw) and the original tiger-strip oak flooring.

We were good to this house.  And it was good back to us.  We're sad to leave it behind.  But are excited to make more memories somewhere else.  And we're hoping the new family (who is moving from just behind us across the alley) will enjoy and treasure this place as much as we did.

We'll miss you, 274 N. Indiana.  But we're not going far, so we'll drive by and I'll look longingly at you as I cruise down the street.

How about a stroll down memory lane?

We never stopped improving the place.  In 2010, we added a garage.  And the pavilion and outdoor fireplace where we spent many a summer and fall night.

We finished the basement and then proceeded to use it for lots of playtime including setting up our holiday trains each year. 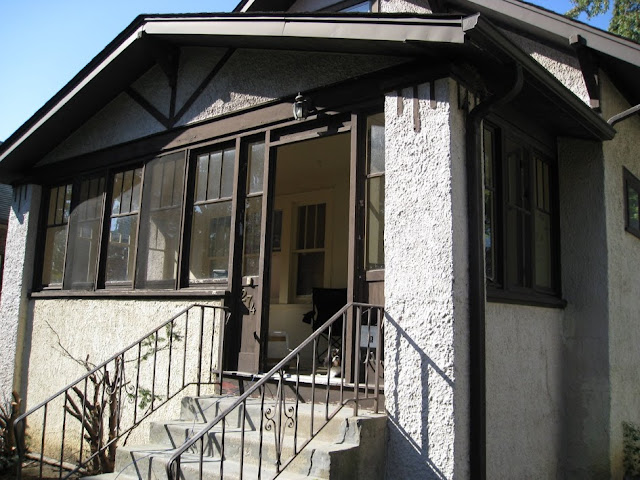 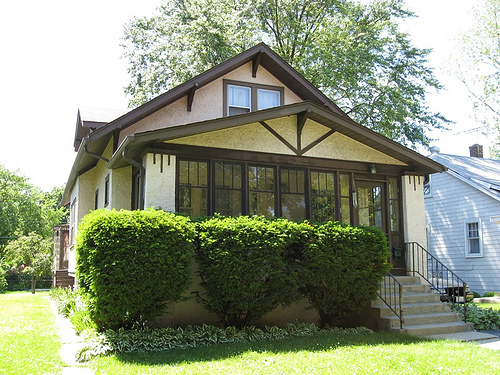 Be good, my friend.  See you on the block.
2015 resolution 274 N. Indiana Street everygoddamdamnday house