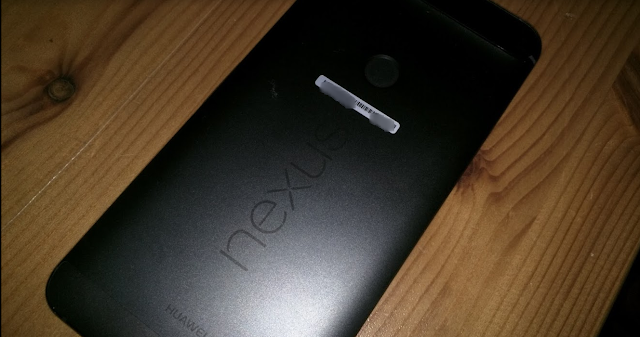 That's the Huawei-made Nexus 6P that showed up earlier this week.  This marks the 7th Nexus phone I've had going all the way back to the original Nexus One.  When I was at Google, I had the S, Galaxy Nexus, 4 and 5.  Since I've left, I went with last year's behemoth the Nexus 6 and now this year the 6P.

These just arrived, so we haven't put them through their paces, but so far so good.   The camera - everyone claims - is much improved.  That's always been the sore spot for the Nexus line for me.   Also, the 6 was a bit clunky when it came to the wifi and bluetooth radios.  They were spotty and would kick off every once in a while.

I ordered a case, but it hasn't shown up yet, so this thing feels so light and thin.  I know it won't last when I strap the case/bumper on it, but it sure is a marvel right now.
2015 resolution android everygoddamdamnday google mobile phones nexus phones