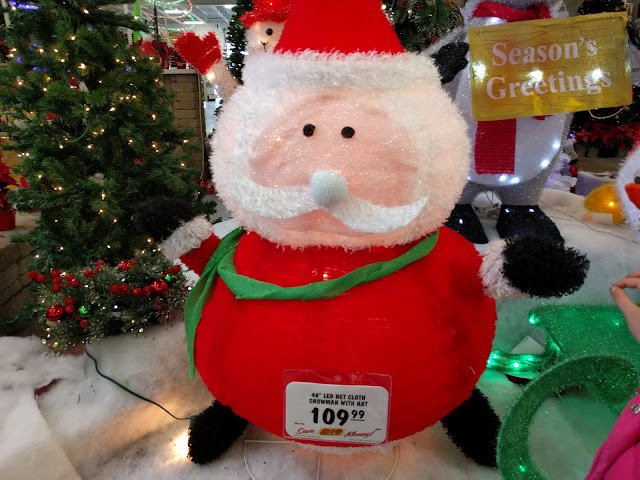 This morning, we hit up the local Menards to look over their Christmas stuff and I was surprised that A LOT of it was already gone.  Totally picked over.  Like...almost ALL of the inflatables were gone.  And most of the blowmolds.  I guess that's what happens when you put it out in October?

But, there were a bunch of different of these Tinsel-y cloth decorations.  This one above is a pretty cute Santa.  He's 110 bucks, though!  So, he didn't end up in our cart.  This seems to be an emerging place of compromise in the great Christmas decorations battle.  Not as crazy as a huge inflatable but a little bit of personality.  The prices on these things will likely come down in the next few years like they've done on inflatables and when it does?  We'll pounce!
2015 resolution christmas christmas creep decorations everygoddamdamnday menards santa