Elmhurst City Centre All Decked Out For the Holidays 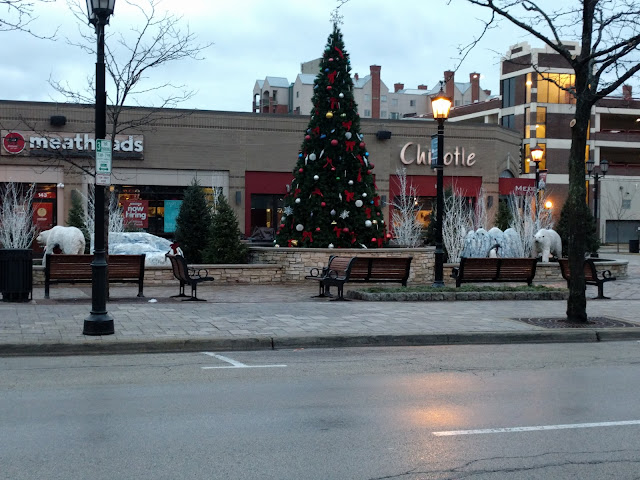 The plaza in the Elmhurst City Centre is all dressed up for Christmas with a big tree and a bunch of polar bears in the fountain.

I took this photo on my way to the train this morning.

That's one thing that the City Centre really lacks:  a real gathering place.  Would be nice to have a sizeable place - like a park of some sort - that is in the downtown.  I know...we have Wilder Park just a few blocks away, but that's NOT in the City Centre.
2015 resolution christmas christmas tree city of elmhurst downtown elmhurst elmhurst city center Elmhurst City Centre everygoddamdamnday