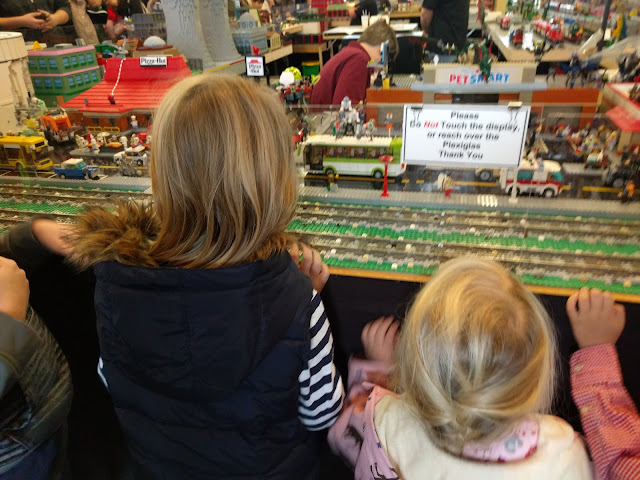 Over the weekend, I took the girls to see the Lego Train Show out at Cantigny which is put on by the Northern Illinois Lego Train Club.    As you can see from the shots here, it was pretty awesome.

Who knew that (first!) Lego trains and (second!) that a club for them even existed?

The show took over the biggest room at the Cantigny Visitor's Center and had two big main loops set up.  There were a few guys behind the setup that were members of the club and had built this whole thing.  It was impressive in scope but also really neat with various details.  They had set up little towns/sections like Paris and Springfield.

And I'd be lying if I told you that I haven't given a lot of thought about trying to figure out a way to incorporate these Lego Trains into our existing O-Gauge Lionel setup.  Thinking we need to give these a try, right?  Besides the trains, just the idea of the buildings/town structures via Legos seems to be a good gateway, right?

The Babe is just starting to get into Legos, so the time seems right for Santa to bring our first Lego Train down the chimney in a few weeks. 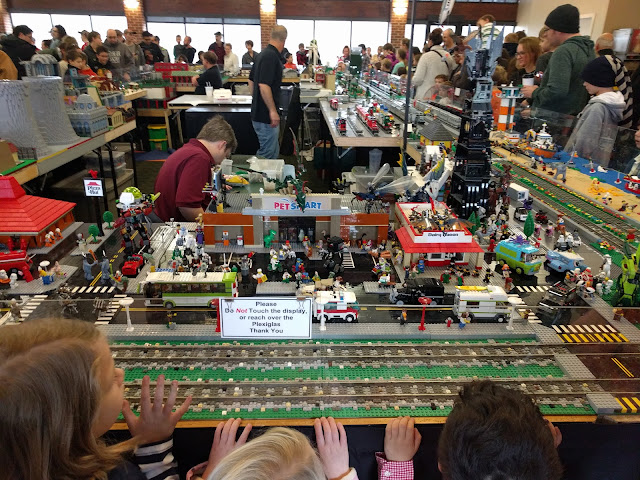 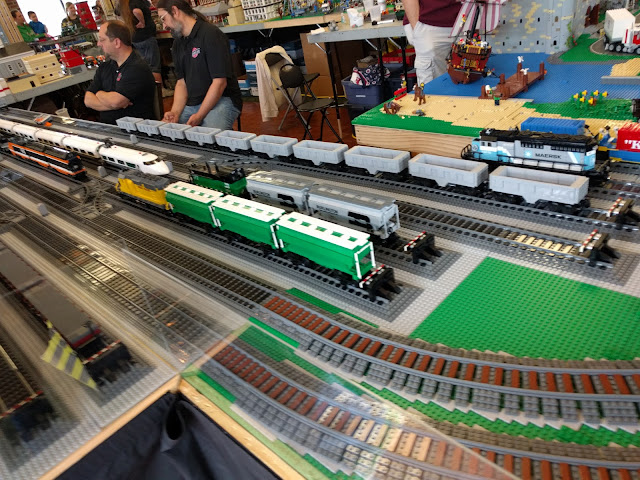 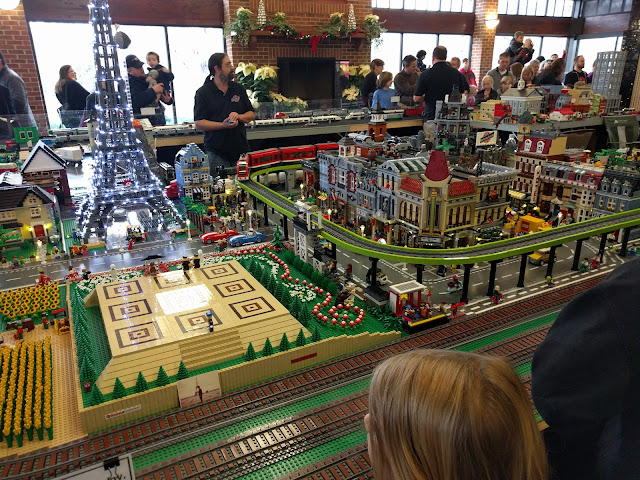 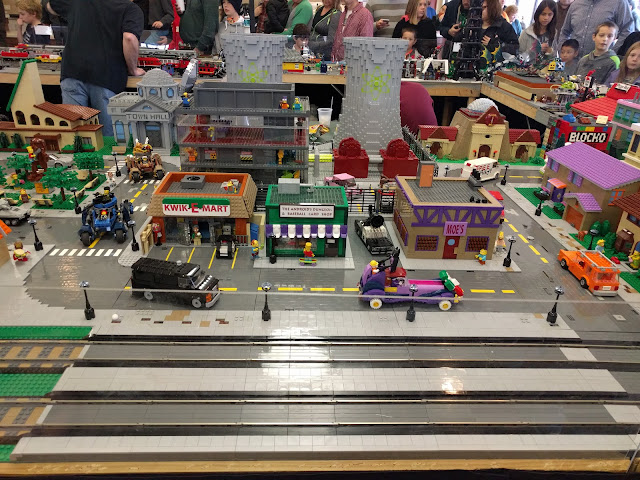