Something Brewing At Corner of 1st and York 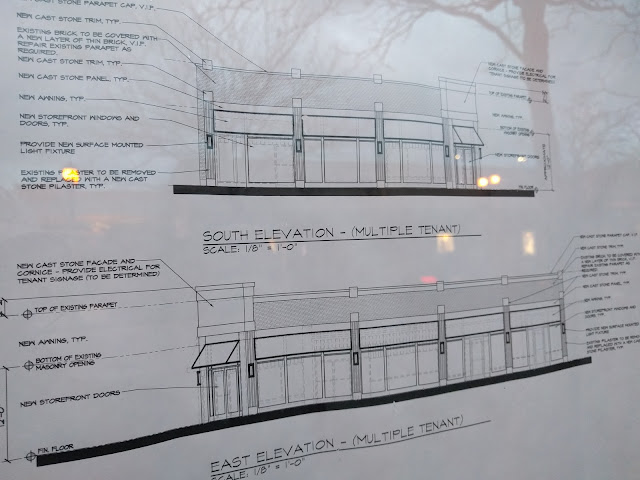 All the way back in February, I posted some photos of Polay's moving out of the northwest corner of 1st and York right across the tracks in the Elmhurst City Centre.  Then last summer, the contractors at Meeder Industries moved up the block to be on the other side of the York Threatre.  And then that weird nail salon with the odd fountain setup closed up shop.  And nothing went in the stores.

There's been rumors of a Rosebud Restaurant was going to go into all four locations (the old Polay's, the Just for Kids store, Meeder and the weird nail salon).

But, then I spotted these plans on the windows of the stores.  It calls for some exterior changes to make the building have a more cohesive look - which is great.  And it looks like the landlord is taking it from four small spots into two larger ones.

This is the second major construction project that is taking place on the west side of York in the City Center (the other being the condo project going up at the old Plass Appliance location) and looks to be part of a major transformation of that side of the street. 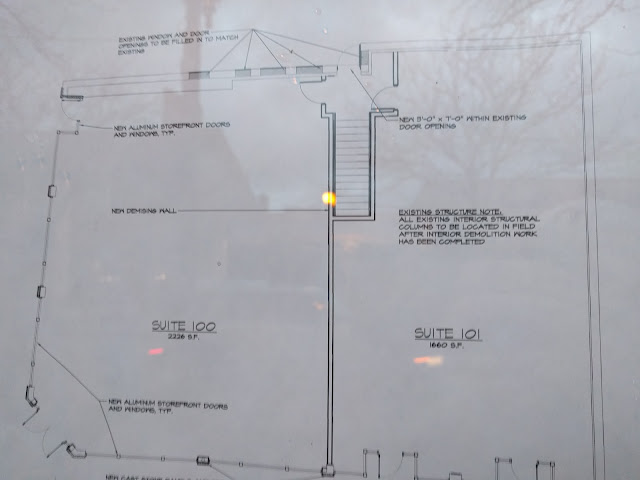 The location that has frontage on both First and York will be 2200 square feet.  Is that big enough for a restaurant?   With the new garage going in, here's hoping that the Elmhurst City Centre can now support even more retail.

Other thing?  There's an Elmhurst City Center sign under the blueprints, but the phone number listed is in Houston, Texas. 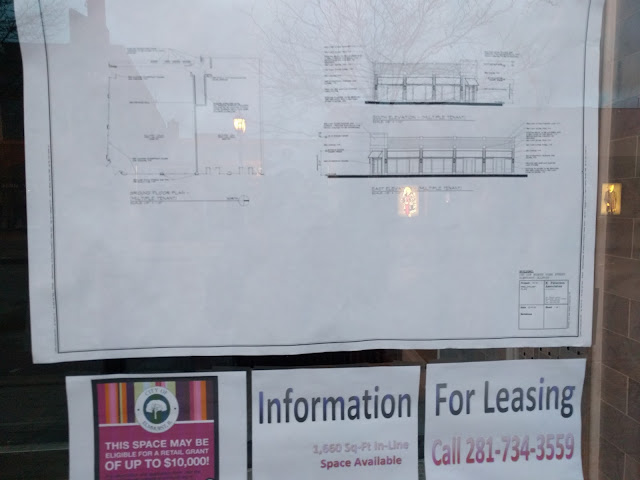