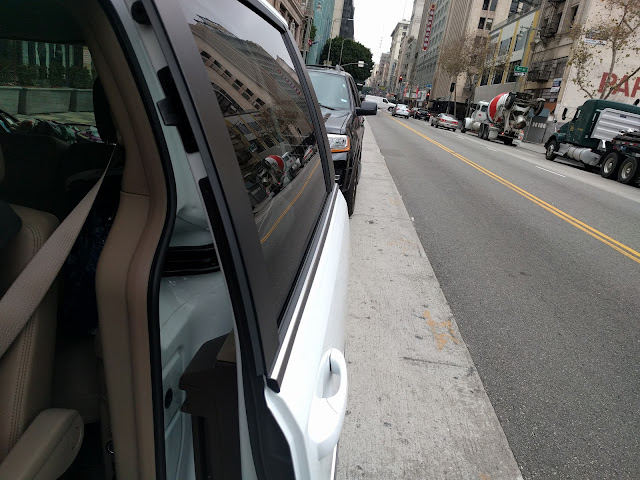 If you're ever looking to risk your life when arriving at a hotel stay, then look no further than the Valet pull-up at the Ace Hotel in Downtown Los Angeles.  Or...DTLA as they're saying these days.

I took that photo after getting out of the front seat of our rental car minivan while attempting to unbuckle one of the kids from their carseat in the back seat.  There's about 18 inches of space once the sliding door is open between the light grey area of pavement and the line of traffic on Broadway that zooms by at pretty decent speeds.

The drivers on Broadway don't give much bother to you, so you're basically taking your life into your own hands when you're valet parking at the Ace Hotel in DTLA.
2016 resolution dtla hotels los angeles valet parking