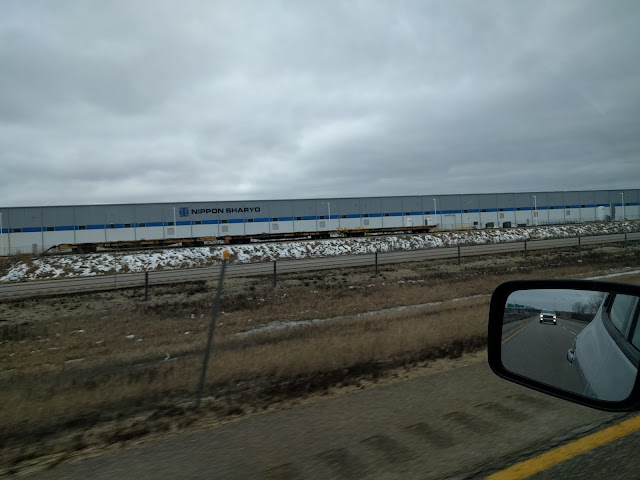 I've long wondered why we see so many non Chicago-area transit cars on our rails around the western suburbs, but on a drive to Iowa recently, I think I've finally figured it out.  There's a HUGE Nippon Sharyo factory in Rochelle, Illinois.  I snapped this photo of one of the massive buildings as I drove by, but there were *at least* two of them with track laid right next to the building.  They call it 'rolling stock', which I think means everything but locomotives.

The Metra cars are marked with Nippon Sharyo and I'm guessing so are these MTA North line cars that I spotted on the Union Pacific West line back in 2012.
2016 resolution trains