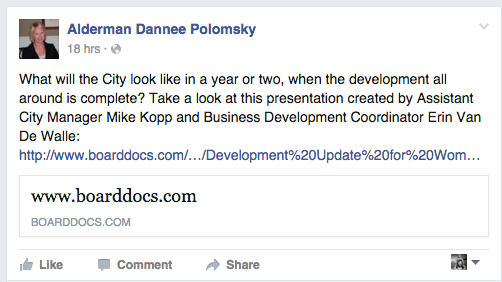 Elmhurst 3rd Ward Alderman Danne Polomsky posted this update above to her public Facebook page that links to this document that was delivered last week by the City Manager that shows a series of development updates around town.    I'm not sure if this was just delivered to the Board, but it is a good document for all residents.

But, in addition to the info here, it is notable to discuss the nature of how this was shared.  This is a great example of a public servant sharing info and being transparent with her constituents.  I'm sure that this document could have been 'found' by someone searching the archives on the City's site somewhere, but Alderman Polomsky has made open communication with residents a top priority.  It was part of her pledge as a candidate that she's worked to deliver on during her term.  And this (and just the fact that she's active on social media!) is further proof that she's living up to that promise.

Importantly, this is a forward-looking document that gives us a chance to see what is in the development pipeline and get excited about some big changes coming to the City of Elmhurst.

A few things jump out from this document to me:

1.  We're getting a Thornton's gas station. I support this move.  Is this the *best* use of the site?  Nope.  But...it is a fine use.  And helps the City in plenty of ways.  Besides...I don't want my government choosing winners/losers.  If it fits the zoning and is an appropriate use, then #letsroll.   More competition is better and more sales tax/fuel tax is better than less.  This is going right at the intersection of Lake and York where there's been a delapidated banquet hall for a number of years.   If you've driven by recently, you likely saw them tearing it down.   Here's how it is going to look: 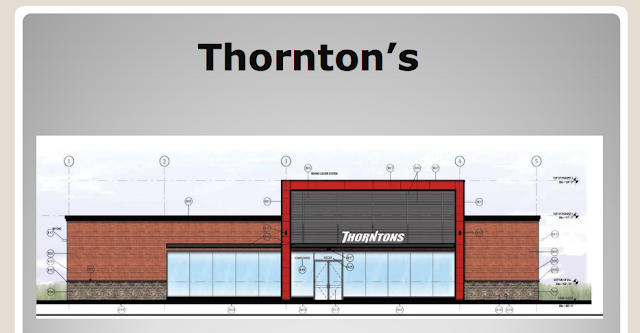 2.  There's an update to the proposed "Elmhurst Craft Kitchen and Bar".  I wrote about this new proposed place back in early February here.  Of note, I'm not sure that's the final name of the joint or if that's just a placeholder.  But...now, we have a sneak peek at how it is going to look.  To say that this is a transformation of the old Cocomera place is an understatement.  More outdoor seating FTW. 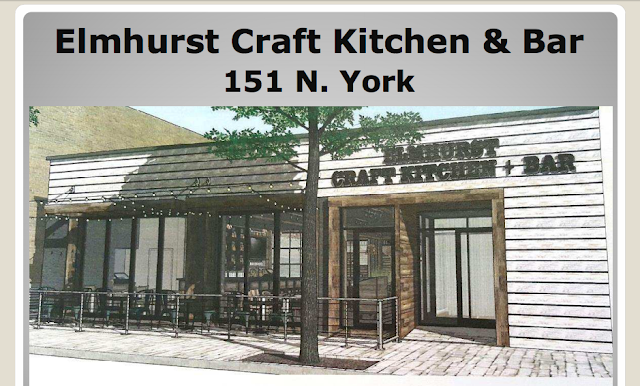 3.  We're getting a MASSIVE development right at the corner of Addison and the train tracks.  Where the current US Bank is now (right across Addison from the Bob James Magic place).  No idea if it is apartments or condos, but I'm guessing it will be mixed use including retail/restaurant, office, and residential.  It will span from Addison all the way to the parking deck.  Wowsa. 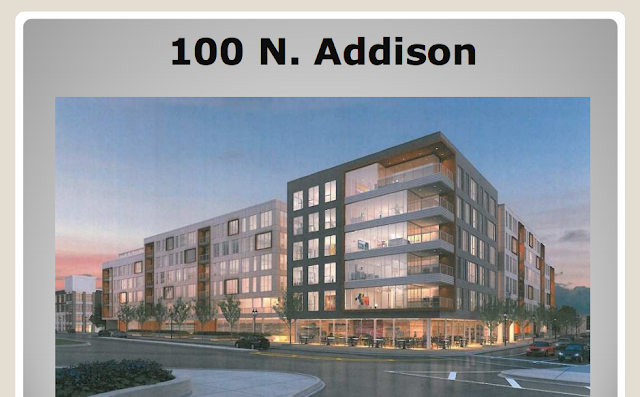 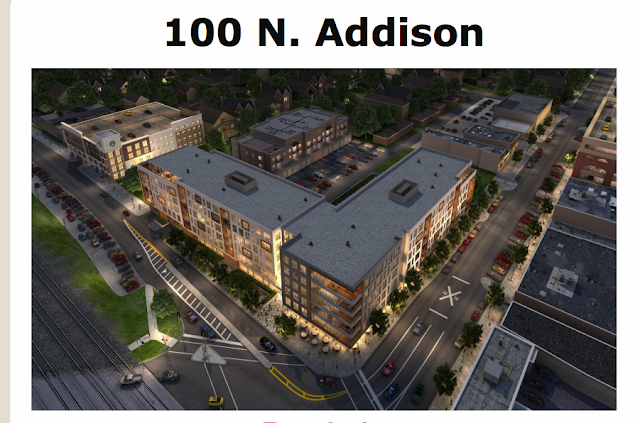