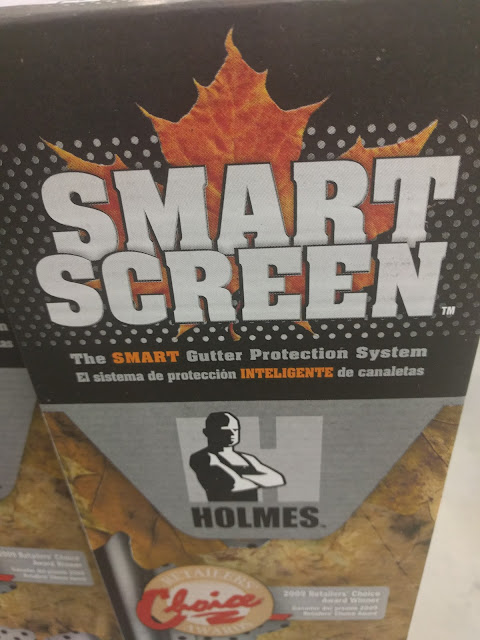 While at Menards this weekend, I spotted this display for the Smart Screen Gutter Protection System that appears to be either endorsed or created by Mike Holmes.  You know him, right?  The 'Make it Right' Canadian guy.  I like watching his show - but he does come off as a know-it-all sometimes.  But, still...I can respect a contractor for wanting to make things right and doing things the right way.

These screens, which you can find more information here on the Smart Screen site, are $19.99 for 20 linear feet.   They have both front and back fastener systems (back has a screw) that makes them a bit different than most.  I've put gutter guards on our hold house that basically 'click' into the gutter and then get slid under the first row of shingles.    The normal ones are white and come in two varieties:  with a screen or without.  I think the ones with the screen work slightly better, but both work pretty well.

Those are plastic, and these from Mike Holmes are aluminum, which has some advantages.  The price seems fair because of the little upgrades between being metal and having a set of screws that get used.  The cheap plastic version are usually $0.99 per section (when they're on sale) and that gets you about 3 feet, so they are about $0.66 more per foot.  When you're doing A LOT of gutters, that cost adds up.  But...these?  They'll likely never need to be replaced, right?  That's something.

On our new house, we'll have to implement a system.  If we don't go for the big-time guards, this seems like a nice option? 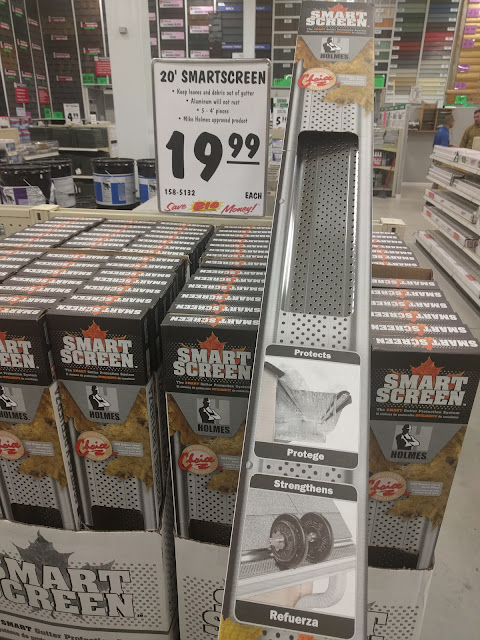