#TBT - Hizzoner At The Cell 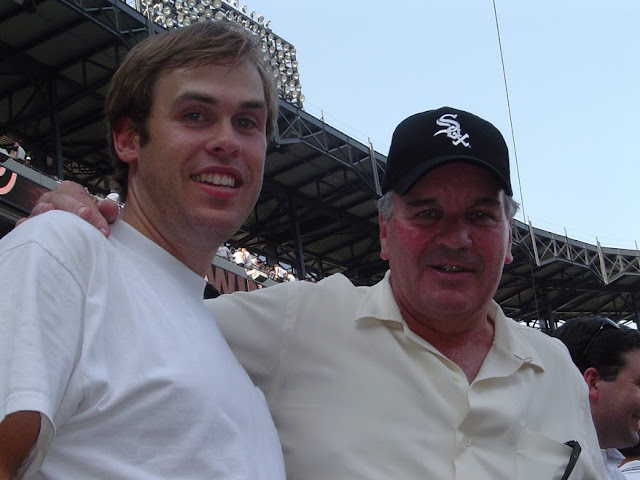 A week or so ago, I came across this story on Wired entitled: "How to get your photos off Flickr (and where to put them)" that made me try to figure out how to get into my long-ago-abandoned Flickr account.   Once I gained access, I found that I had a few thousand photos there that I'd long forgotten about.  Ranging in dates from January of 2002 all the way up until October of 2008.

Flickr has made it *somewhat* easier to pull them down.  You can batch download them, but if you get too greedy and select too many photos to download at a time, it gets flaky and the whole thing grinds to a state of constant stalling.  But, after a few trials/errors, I found a good groove of pulling down a few months at a time, unzipping those folders, then using the Google Photos Uploader to put each batch up to Google Photos.  There's a bunch of stories that go with the photos that I've unearthed and because what the kids are doing these days are #Throwback Thursdays, I figure I might as well publish a photo on occasion that shows something worth talking about.

In the photos, there's lots of photos documenting Natalie and I in the early stages and middle stages of our relationship.  From courtship right up through engagement.  It is kind of wild to rewind to go through some of them.  Oh the baby faces.  On the skinny waistline on me.  Oh the salads that everyone was rockin' in the middle aughts.

So, with that introduction, here's the first of what will likely be a series of Flickr photo rescue posts.  AKA #TBT posts.  That's me with Hizzoner Richard M. Daley at US Cellular Field on June 24, 2005.  We were there for the Cubs/Sox Crosstown game and based on the other photos, we were able to get into some good seats thanks to former Governor Jim Thompson.  There's a bunch of photos from these seats in the Flickr sets.  Those were the days.  World Series year, right?  That's pretty neat.
#TBT 2016 resolution flickr google photos photos white sox