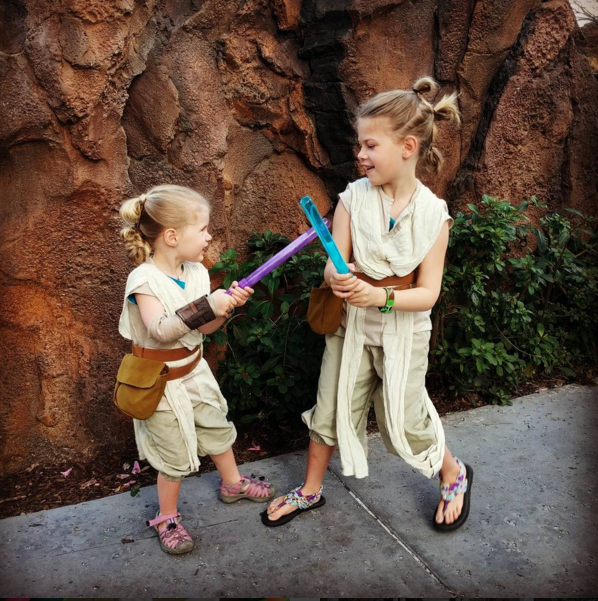 That is both girls all doll'd up in their Rey costumes using bubble wands as faux-light sabers down in Florida a few weeks back.  Since The Force Awakens movie came out and we went to see it, but girls have been asking for Rey costumes.  So...at Easter, the Easter Bunny delivered!  There were arm wraps and boot covers, but because we were in Florida, it just didn't make any sense to wear them at that point.  More importantly...check out the hair-do's that Nat put on both The Babe and The Bird?!?  Pretty rad, right?  They couldn't have been more excited to wear the costumes.  Well...at least until they started to get A LOT of attention and that's when The Babe - the older one - started to wear out a bit.  She doesn't adore the spotlight that's for sure.

The costumes have been a novelty ever since and have been making appearances pretty reguarly around the house.  Here, below, is The Babe along with one of her friend's little brother who both decided to put on the Rey goggles and have a little saber fight.  The paci' is too much, isn't it? 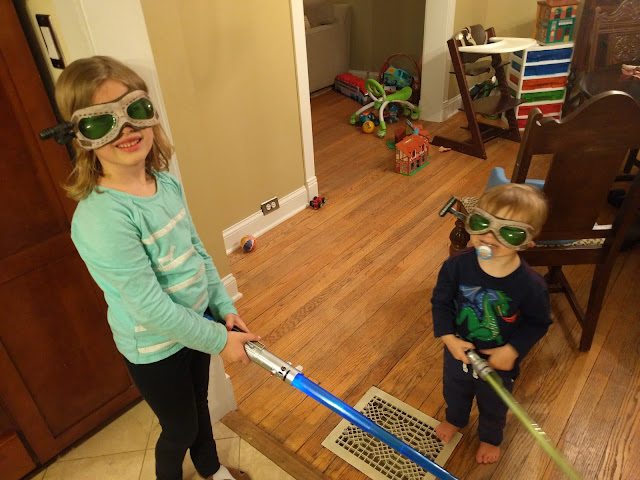 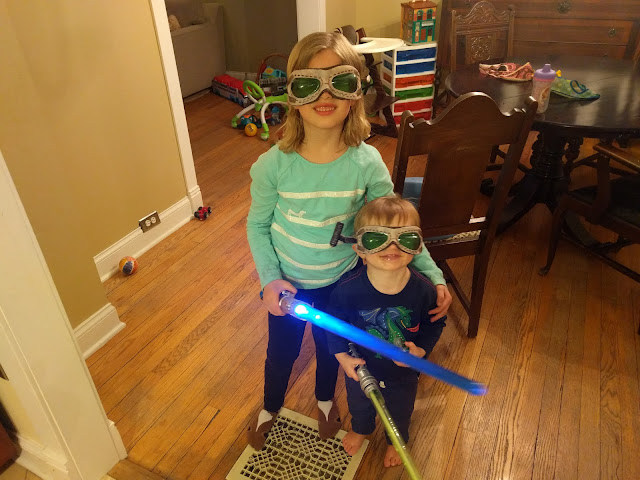 There's been some chatter about the new hero in the new, upcoming Rogue One film is ALSO a woman and you know what?  I don't care one bit.  Casting Rey as a young lady was a brilliant move and that just about single-handedly got both of my girls *into* Star Wars.  With Rogue One extending that storyline of female-lead heroes, I know that they'll get even.deeper.into the story and who knows?  Maybe we'll end up with another Star Wars costume next year.  That wouldn't be the worst thing in the world, right?