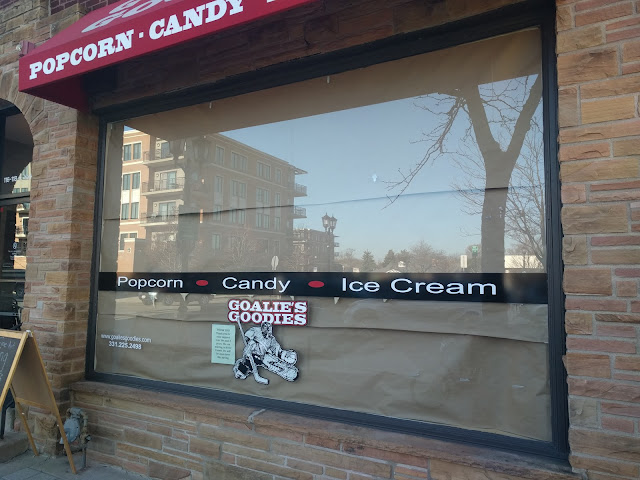 Downtown Elmhurst just lost another business with the closing of Goalie's Goodies on the west side of York Street, just one block south of the tracks.  If you walk by it today, you'll see this brown papered-up window along with this small sign that says they're moving to River Forest.  Sad news for Elmhurst. 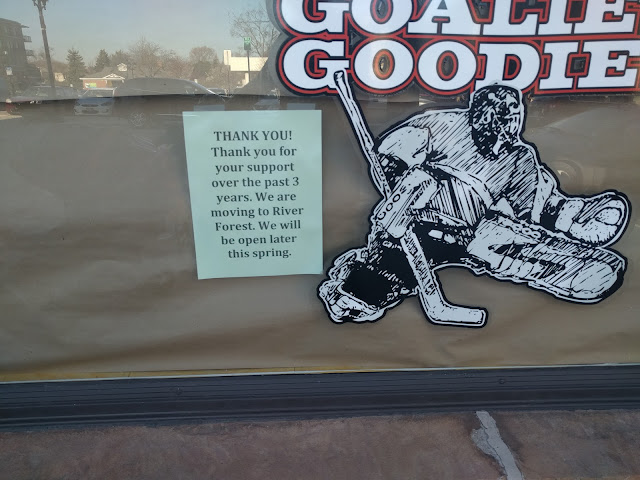 I covered the opening of Goalie's Goodies here on the blog back in the end of April of 2013.  So, she made it for just under three years in Elmhurst.

For those of you following along, you'll remember that Goalie's Goodies took the spot of the short-lived Bleeding Heart Bakery.

We shopped - what I'd call - regularly at Goalie's Goodies.  We'd buy packs of their corn for my Dad or for other gifts/parties.  And the girls just loved the stuff, so often times we'd have dinner at Pints or somewhere else, and we'd end up at Goalie's Goodies for a few tiny bags of Cheese corn.

On her website, Debbie (who I think *is* the Goalie!) has a little bit of news.  It says..."coming soon to River Forest".  And says it will be both Goalie's Goodies and the "Breakaway Cafe".  So, it appears that she's growing her business.  That's a good thing.  Just not for Elmhurst.
2016 resolution city of elmhurst downtown elmhurst elmhurst elmhurst city center Elmhurst City Centre real estate real estate. elmhurst so long