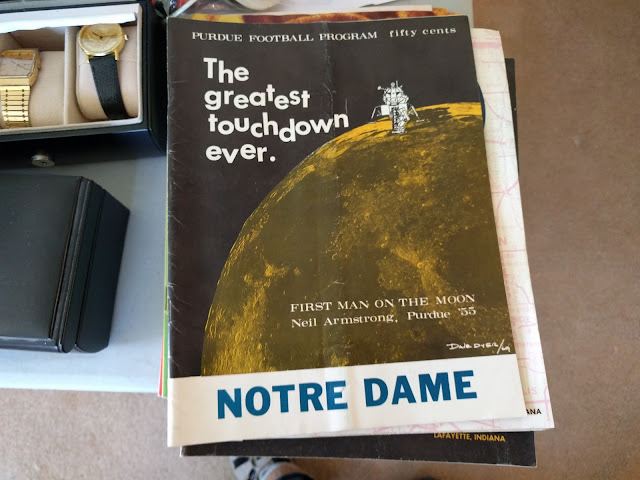 In the same pile as the Student Power Magazine that I posted yesterday, there were also a bunch of football programs all from Purdue University.  Above is one against Notre Dame that features Neil Armstrong - a Purdue Alum.  This estate was chock'ed full of Purdue sports stuff.

Below, is another Purdue vs. Notre Dame program from September 30, 1967 that features the returning 1966 National Champion Fighting Irish with South Bend being highlighted in the 'middle' of the 'D' and West Lafayette in the 'middle' of the 'P'.  Cute.  As you can see scrawled by hand is what appears to be the score:  Purdue 28.  ND 21. 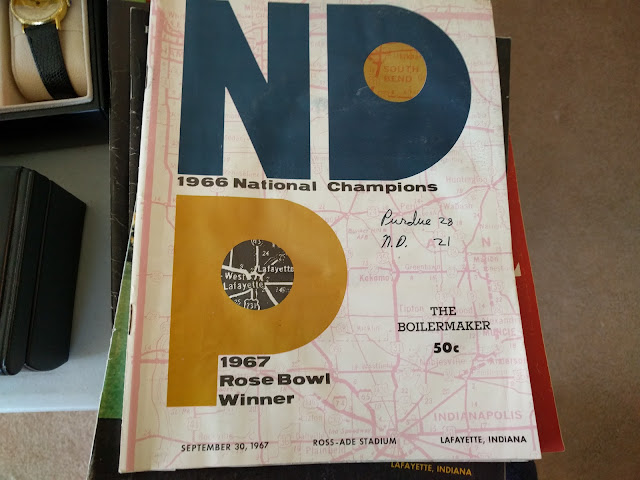 Also were a few other interesting ones:  This one directly below is from the 1967 Rose Bowl Game featuring Purdue vs. USC. 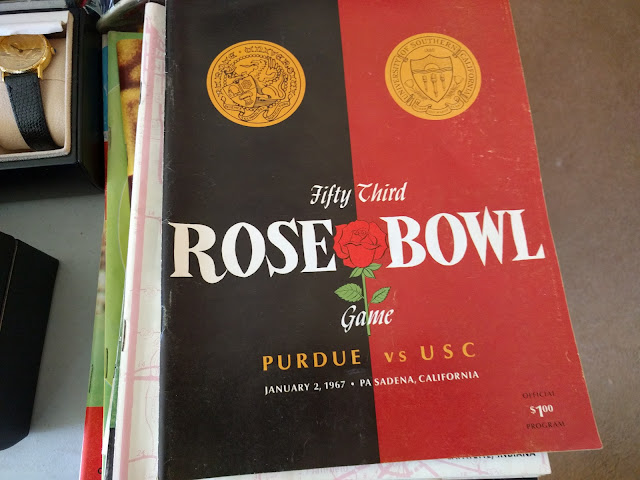 And this was the only one featuring the Illini.  That's Bob Griese, too!  Which is pretty neat.  This Illini vs. Purdue program is the earliest from October 29, 1966. 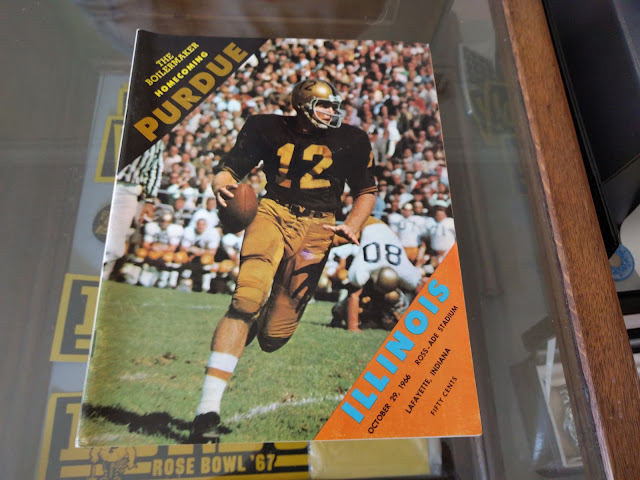 With us being in total disarray house-wise, I didn't have the stomach to pull the trigger.  He was asking $5 a piece for these, but I'm thinking if you bundled a few of them together, you could have gotten a sweet deal.
2016 resolution big ten estate sale estate sale finds fighting illini football illini my collecting treasures mantra one that got away purdue vintage vintage sports stuff