The Ferns - In Naperville 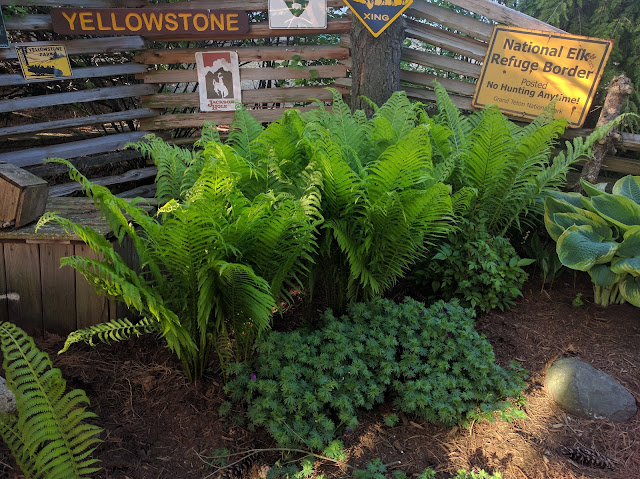 That's a shot of Nat's Mom's backyard where she has a - now - pretty sizable stand of ferns.   They look really great.  But, what *exactly* are they?  Take a close look at the fern fronds below: 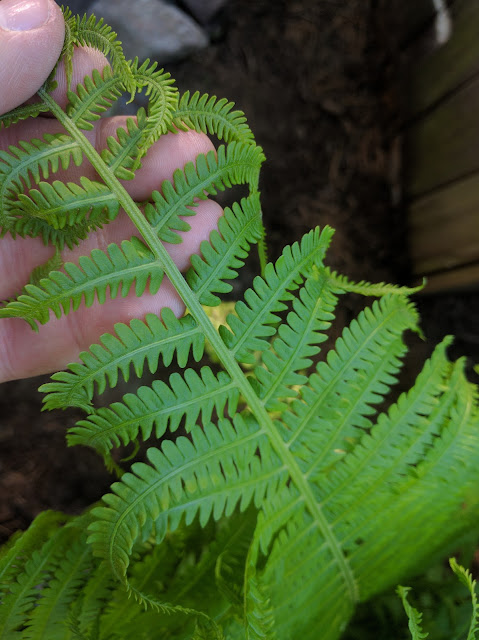 They look A LOT like these that are called Ostrich Ferns, don't they?

But, what about these? They're labeled as Cinnamon Ferns.  They look pretty right on, too, don't they?

I'm starting to think that we do, indeed, have Cinnamon Ferns after all.  This map shows where Ostrich Ferns are present in Illinois.  I think this indicates wild versions, but my hunch is that if they're that 'rare' in terms of presence, we don't have them.  But, at the same time, when I look at the photos of Cinnamon Ferns as they grow, they don't look like what we have.  Weird, right?

And over at Dave's Garden, it sure seems like we have Ostrich Ferns after all?  Might need to bring one in to the University of Illinois Extension office for clarification?  Do they do that?  There's a "Master Gardener" email address listed on the site.  Maybe I should send them a few photos?
2016 resolution cinnamon ferns ferns garden gardening in-laws naperville ostrich ferns shade gardens