The Stairs Of My Dreams 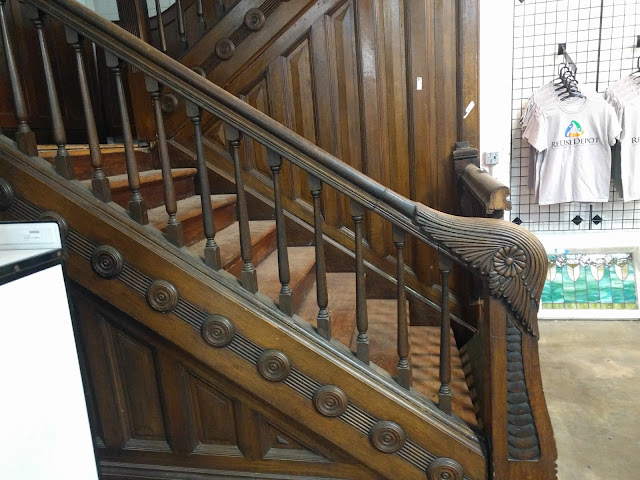 Nat and I have been through a lot with the ups and downs (mostly downs, frankly) of our house search over the past year.  Actually....about a year and three months, but who is counting.  I'm hopeful, that we're getting close to a resolution in terms of having a 'direction' (but not a definitive answer yet, however), but we likely won't know for sure for almost a month.  We've been through a lot including looking at building a new house, buying a beautiful old house, and building a new/old house.

During part of the process, when we were talking about building on a particular lot, we went looking for some salvaged old house parts.  And that lead us to the Reuse Depot in Maywood.  Inside a warehouse building, you'll find so much awesome.  Everything from old doors to windows to mantles and cabinets.  Some of it is plain.  Some of it is extraordinary.

Including these stairs.  They were harvested out of a Queen Anne Victorian in Hinsdale that was built in the 1890's.  The guys from Reuse Depot carefully pulled it out and saved it.  Now...it needs a new home.

One look at it, and I fell in love.  But, it just simply wasn't meant to be.  Building a house around these would be super hard.  It would so be worth it, though?!?  Look at that newel post.  Unreal, right?  Imagine these in a home and they'd become a focal point.  Doesn't matter how much you love something, if the team isn't on the same page, they're not coming home with you?!?!

There were a few other parts (beams, doors, flooring, etc) that we found that we've considered using, but until we know exactly what we're doing with our new housing situation, we can't commit to anything, but...we *can* dream, right? 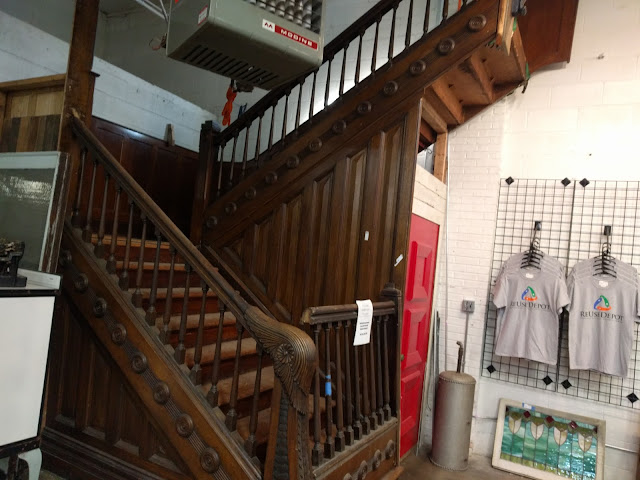