Mr. T and Me: The Best Bike Ever 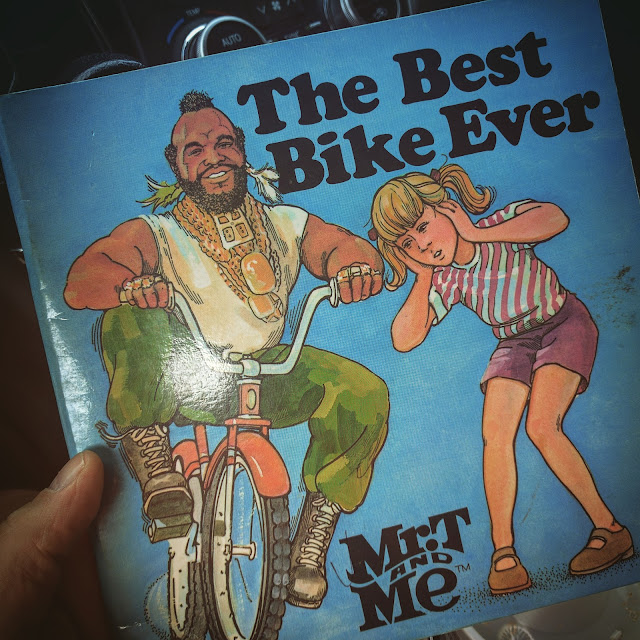 Last weekend, I posted about the vintage Golden book that showed some sweet 1970's cars but above is another book that I picked up at the very same garage sale that is part of the "Mr. T and Me" series called The Best Bike Ever.

From Awful Library Books, you can see the synopsis:


The plot concerns a girl who spends more time washing and polishing her bike than riding it. When Mr. T makes an appearance at a local mall, her older sister steals the bike and dents the fender on her way to see him. To the younger sister’s horror, Mr. T grabs the bike and rides around gleefully, then lectures all the kids on honoring god rather than their possessions – I love how intently the kids are listening! Mr. T pops the dent out, lesson learned, everyone goes home a little wiser.