#TBT To The Lincoln-Way Soccer Club 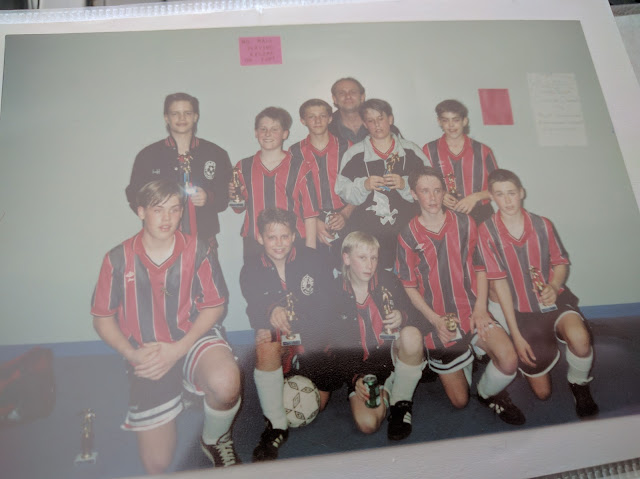 With my parents cleaning out their place in Michigan, I have recently come across a few photos.  One of them was the Dan Hampton picture I posted back at the beginning of August.  And above, is another one featuring my long-time soccer teammates and coach Mike Mural.  From the looks of it, we won a trophy of sorts? And, I was wearing two pairs of shorts?  Was *that* a thing?

Some of these guys I still see and stay in touch with, while others have faded away.  Oddly, I lived with two of these guys in college?!?  But, I still can name every one of them in the photo.

There were a few others (Russ, Ted, Tom) that are missing, but...this is the core of the crew that I spent likely thousands of hours with practicing, traveling and playing.   And having the time of my life.  I can only hope that my kids find a group or tribe that they, too, can grow up with and learn the joys of playing team sports together.
#TBT 2016 resolution lincoln-way soccer club my youth soccer Throwback Thursday
Location: Frankfort, IL, USA