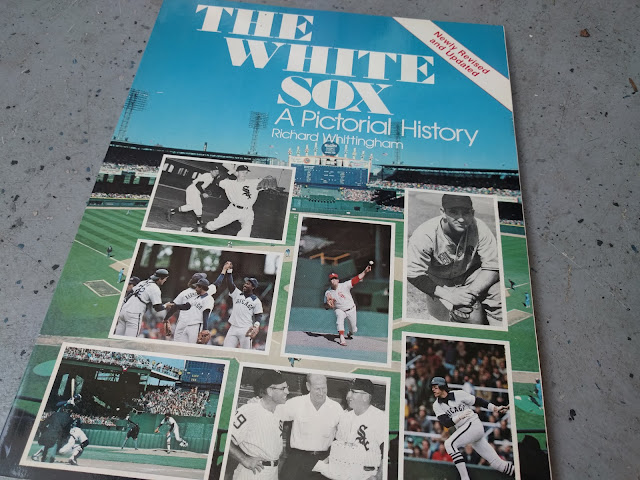 At the very same Estate Sale that I picked up that hobnail milk glass pitcher and the big set of vintage ornaments, I picked up this book from 1982 about the Chicago White Sox.  It is written right at the point when Jerry Reinsdorf and Eddie Einhorn took over the club and installed the big new "Diamond Vision" scoreboard out in centerfield with the old Veeck-era exploding pinwheels on top.   I thumbed through the book and it talks about the new arrivals like Carlton Fisk, Greg Luzinski, Tom Paciorek, Rudy Law, Ron Kittle, and Greg Walker who were all - incredibly - in their first or second year on the South Side.  Reinsdorf took over the team from Bill Veeck in 1981 and if you read the opening of this book (which...in the fine print states that the White Sox themselves cooperated with in terms of photographs and such), it reads like a love letter to the new ownership's commitment to making the Sox a winner.  And...just in looking at that list of players that they brought in, and having the ability to see ahead to the 1983 'winning ugly' season, it seemed to play out just as planned.  Kinda like what is happening on the north side these days.  New owner.  New scoreboard.  New players.  A few years in...and #boom!  Things come together.

The book does a good job of highlighting the uniforms, which - Nat will tell you - is a big deal for me.  And...it does a pretty good job with chronicling Comisky, too.  No mention of Steve Dahl and Disco Demolition, which took place a few years earlier, which seems like a miss.

While I love the book, I know someone else who will be into it *even* more.  So...like a lot of other vintage White Sox stuff, this will go into storage until Christmas, when it'll be gifted to my brother-in-law not named Equation Boy/Man!

Here's an old story about the scoreboard which really is a fun read today.  Everything from the size to the price seems quaint - especially when we think about things like the JerryDome.  From the UPI wire archives:


Rain delays used to be dreaded by fans at Comiskey Park. After they waited in line for a beer and hot dog, there wasn't much to do but just hope the rain would stop.

As baseball battles for the entertainment dollar against cable television, movie theaters and even video game arcades, several teams have come up with a new lure to bring fans to the ballpark.

Scoreboards that once just listed the scores of other games and the ball-strike count now are becoming entertaiment devices themselves.

At a recent White Sox game with Texas, there was a 90-minute rain delay. The excitement level of the rain delay may have surpassed that of the actual game itself.
Fans were treated to a live telecast of the game between the rival Chicago Cubs and San Francisco Giants. What made the event more unusual was that the announcer was former Sox broadcaster Harry Caray, whose voice was piped in through the stadium's sound system.

The Sox were able to accomplish the feat through their new, $5.5 million scoreboard called 'Diamond Vision.' It is the latest in a generation of scoreboards that not only provides animated cartoons but can transmit live pictures and instant replays from the game the fans are watching. 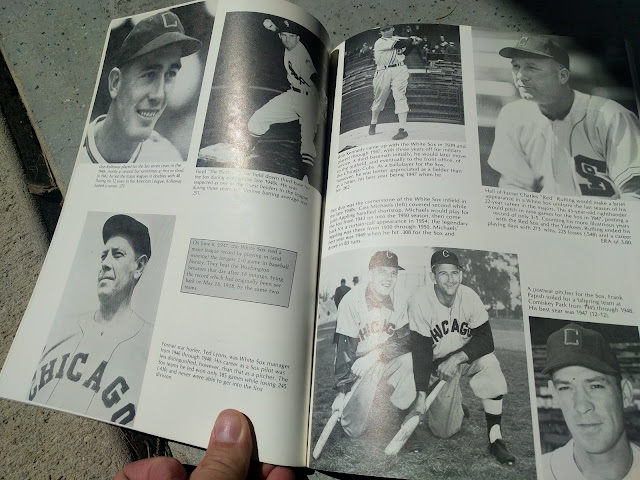