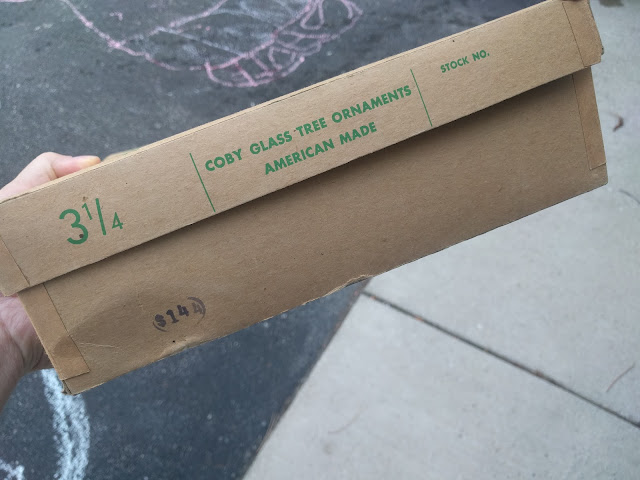 Over the weekend, we packed the kids into the minivan and drove around Hinsdale looking at some houses/house features as we work to finalize our own house.  We saw some pretty beautiful places, but we also came across an Estate Sale.  Which.....I couldn't *not* go in, right?  It was a nice, old house on the outside, so my hunch was that there'd be some gems inside.

After waiting for my number to be called (yeah...it was one of those Estate Sales.  Where they had you pull a ticket like you do when you're waiting at the deli counter.), I got in and poked around.  Nothing.  At least for us.  So, I went outside to the garage and discovered something!  They had a few cases of vintage 3 1/4" glass ornaments in their original boxes.  That's the side of the box above and the top of the box below.  They say "American Made" from Coby Glass Products.  If you poke around on the web, it turns out that Coby likely didn't make these, they were using Corning blanks.  Coby then decorated them (or in this case, didn't decorate them), put their own tops on them and stuck them in Coby boxes. 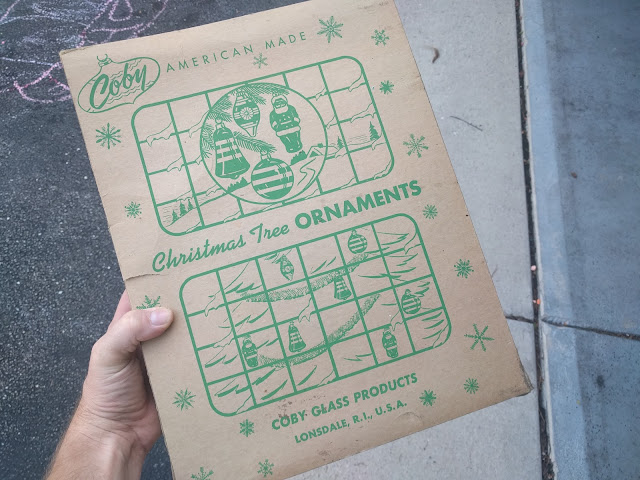 The two boxes were $1 for the entire box, so these had to come home with us.  We're not quite in the world of glass ornaments on our tree just yet - what with the savages roaming our house - but I'm thinking that a few of these can adorn one of our trees in the not so distant future.

The first set has a mercury glass look to them.  They're *not* mercury glass, but they have that look.  These are the larger ones, not the little mini globes.  The boxes say 3 1/4". 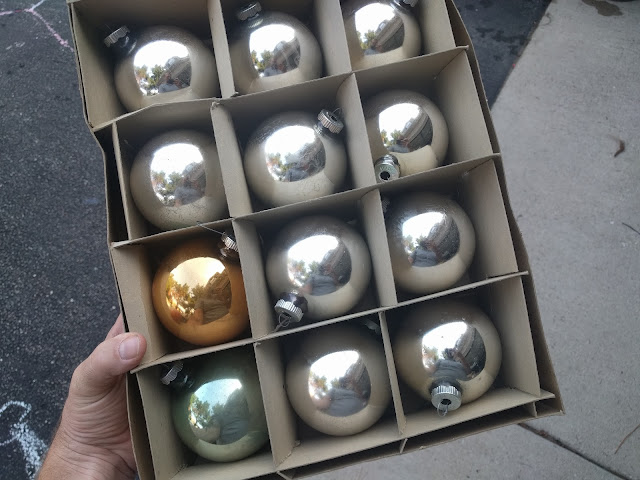 The second set has some bright pinks and blues and even a few reds.  I think I like the boxes (check out the padding around the edges!) as much as the ornaments. 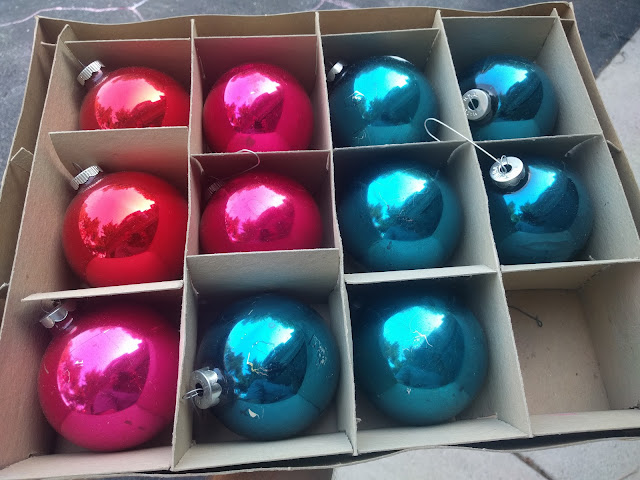