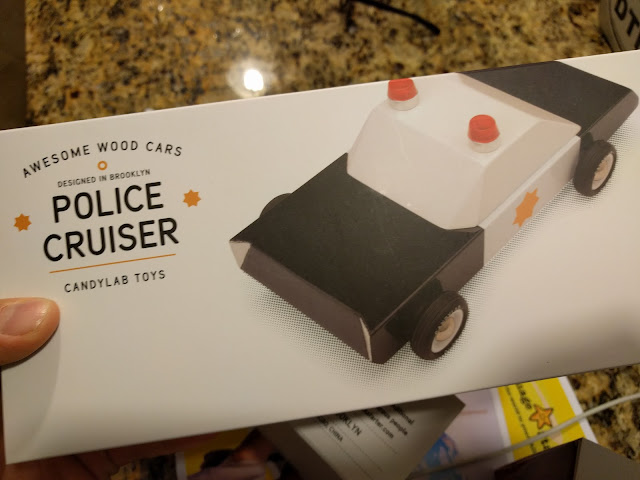 For the King of the Ball Tosser's 2nd birthday, I gave him a collection of three different vehicles including this Police Cruiser from Candylab Toys.  I came across these guys on Kickstarter and have backed them with their latest project featuring some mid-century cars like a stationwagon and a few race cars.

But, they also had earlier projects that were backed featuring cars that they billed as "heirloom" toys that included this cruiser you see in the box above.

The latest cars are set to come sometime before Christmas and they had more than 1K backers and raised more than $120K to launch the new line.  So, we'll soon have six of them knocking around our house.

After opening up the cars including the cruiser, the kids all tooled around the floor with them (briefly!) and then quickly moved on to other stuff.  Isn't it always that way when there's a pile of presents on the floor awaiting to be opened?

These are, seemingly, pretty special toys and I'm hoping that over time, the King of the Ball Tossers (For those who are lost, that's what we're calling him here on the blog.  It is a Babe Ruth reference, too, btw.) will grow to play with them and love them as much as I do.

They come in some beautifully designed packaging that gets immediately torn apart by the kids, thus I'm thinking that the design and care put into these things is really for us: the parents.  Also the whole "Designed in Brooklyn.  Made in China" line kind of takes the whole 'hand-made vibe' out of them, doesn't it? 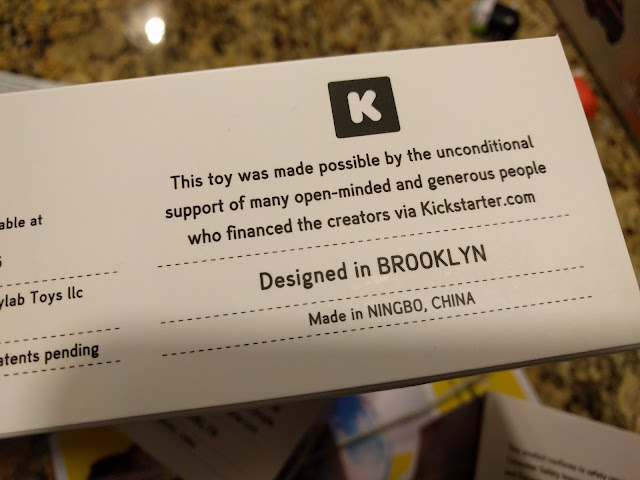