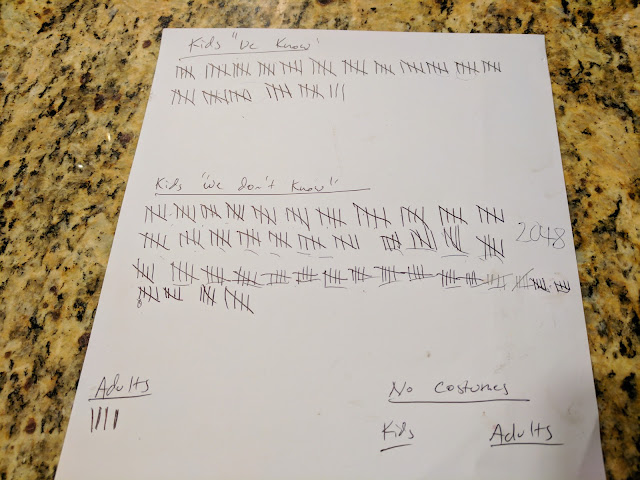 Comparing to last year's number of 346 total, we were down 12% overall.  And it felt that way in terms of kids coming to the door.  The weather was perfect, but there weren't as many cars parked up and down the block.

In the specific categories, we had 73 'known kids' last year and 88 this year.  Could be because we recognized more kids or that more kids moved to the neighborhood.  However, last year we had 264 'unknown kids' compared to 210 this year.  That's a 20% drop.

The reason?  Last year was on a Saturday.  And in looking at the historical numbers, I'm not calling this year a 'drop', but rather a reversion back towards the norm.  Therefore, 2015 was more a 'Saturday Surge' than anything.