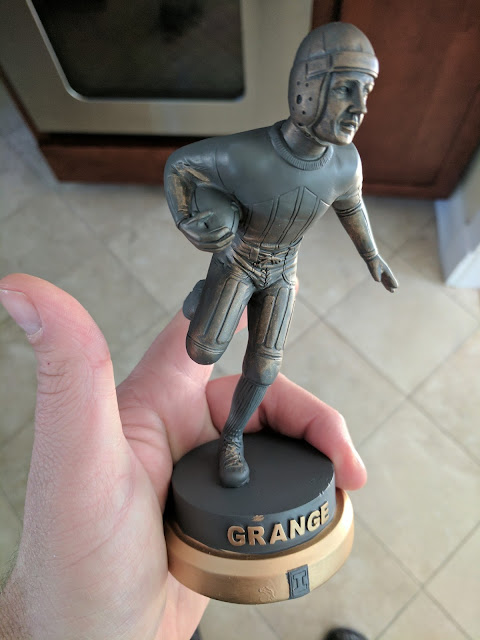 Back in 2011, I posted here on the blog about how the University of Illinois Athletic Department was rolling out a limited number (just 77 of them.  Get it?  Grange was #77??) mini replica statues of the famous (and massive) Red Grange statue that sits on the west side of Memorial Stadium.
But they were $4800.  Wowsa.  Obviously, I passed.

Fast forward to this fall and the Athletic Department announced that for Homecoming they were going to give away smaller replica statues to the first 5000 fans who entered Memorial Stadium for the game against the Minnesota Gophers.

We weren't heading to Homecoming, so I figured I would have to hop on Ebay to find one of these to sit on my desk.  Welp, the first few weeks after the giveaway, there were a few statues popping up on Ebay, but the auctions were driving the prices pretty high (at least for me!) and I just stayed on the sidelines.

But, I kept 'watching' auctions and I finally found one that looked like it was going to stay under $20.  So, I bid and without much drama (I blame the fact that the Fighting Illini have basically driven away all fans with their losing ways!), I won the statue.

That's him in my hand in the photo above.  He's not too big, but looks great on my desk.  He's about the size of your standard bobble head.  But, he came in a really nice box.  Check out the four sides below that show off the actual statue, the history of the statue as part of the Memorial Stadium renovation, a bio of Grange and then some stats.  Nice work by the Illini Design team - which if you aren't following on Twitter @IlliniDesign - you should be. 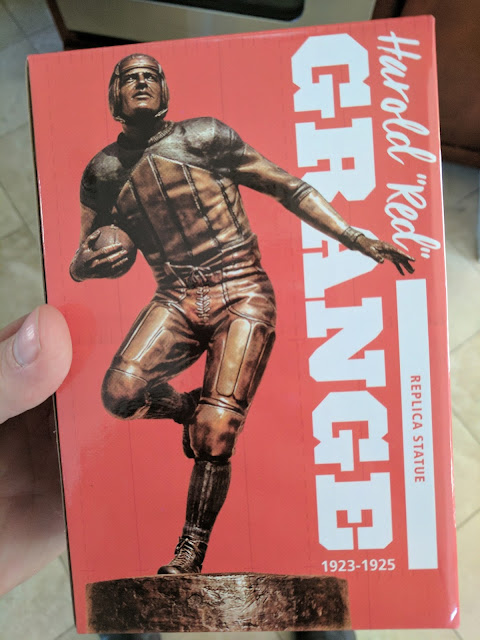 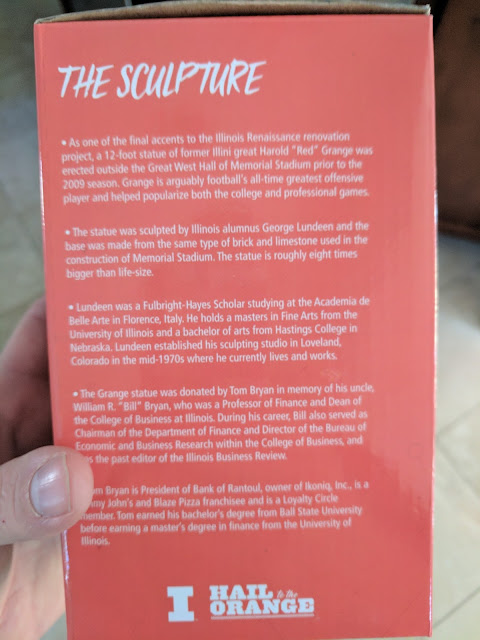 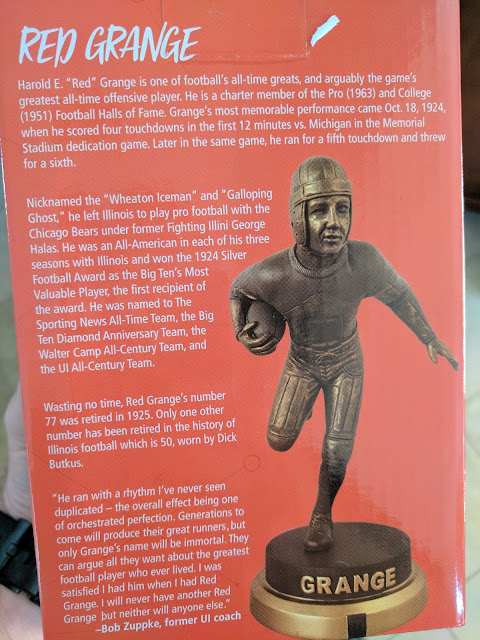 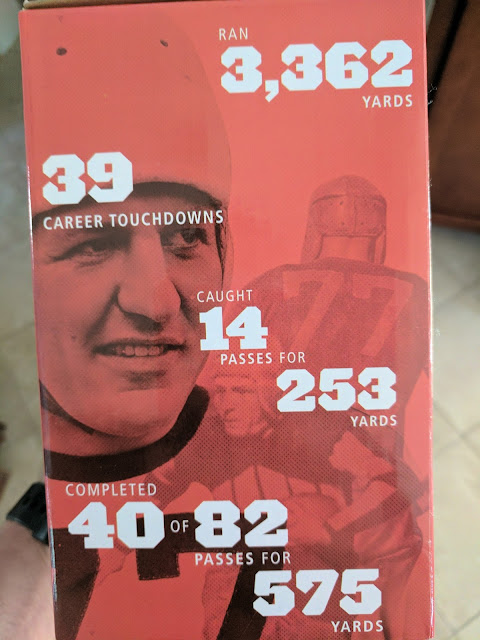 As I'm thinking about my new home office at Hilltop, I know my 'collection' of things, including this Red Grange mini replica statue will have a home.  Might take a bit, but I can *see* bookcases with some treasures on them on one wall.

Also, if you are so inclined, you can poke around the Red Grange tag page for a few posts over the years I've written about the Grey Ghost/Galloping Ghost.