Wall Calendars - Turned Over to December 2016 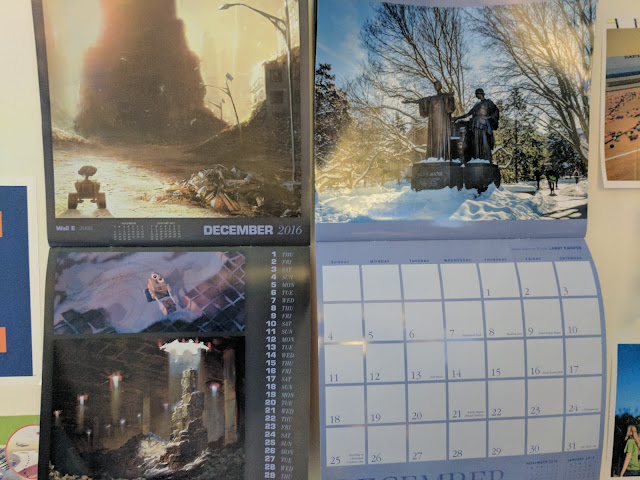 Well, at least the University of Illinois one was turned to December.  The Pixar one was already in December by accident!  Check out last months post where the photo shows December already showing.  Whoops.

I don't seem to have posted in December of 2015, so there's no ranking to compare against, so we'll just have to close out this year with a push.  If I don't get any wall calendars for Christmas, this monthly diary will come to a close.  And that's just fine with me.

Thus, we're netting out with a 27 day 'gain' versus 2015.  Not too shabby, I guess?
calendars disney office pixar university of illinois wall calendars