Update on The York Building In Elmhurst City Centre 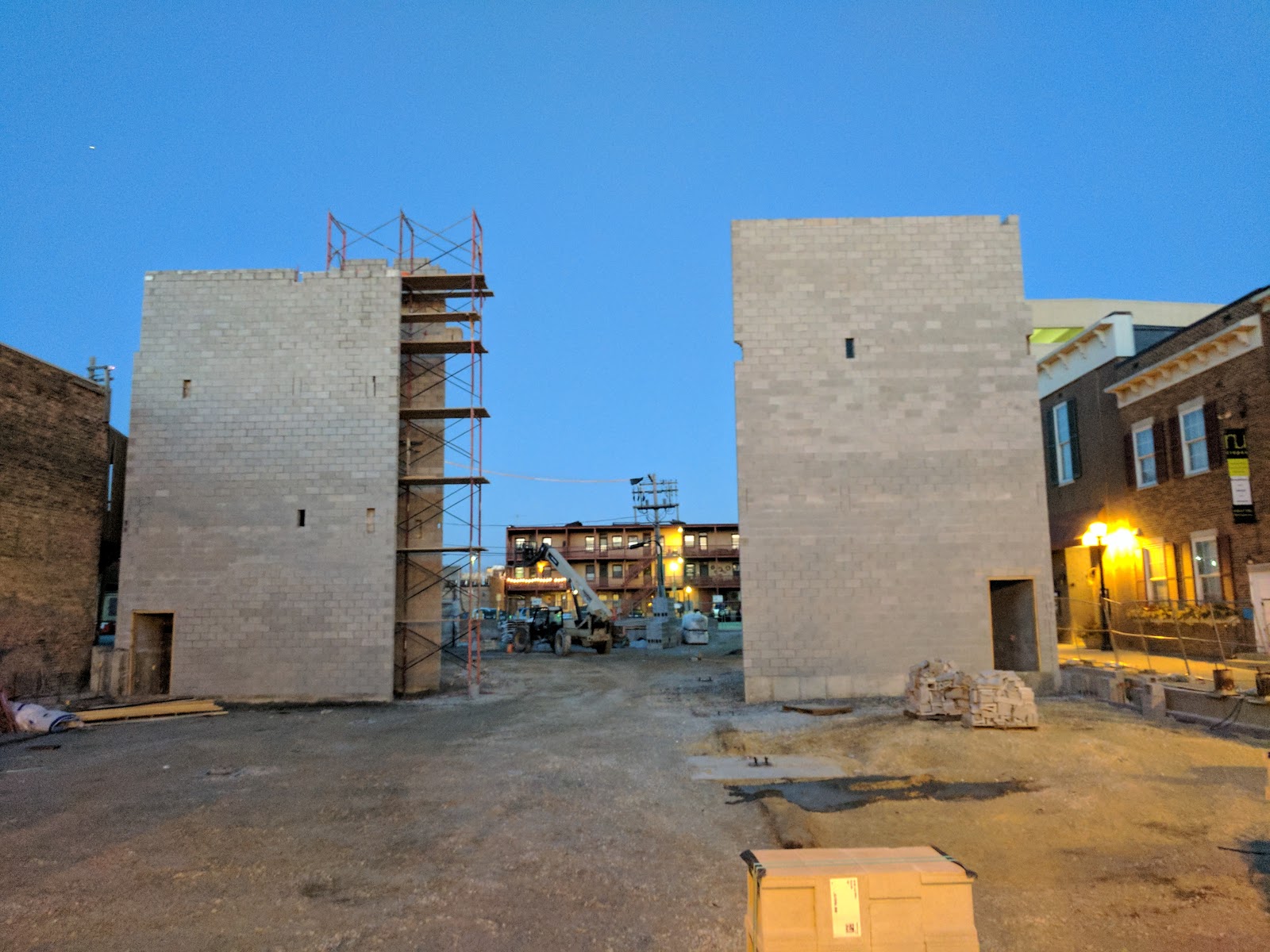 If you haven't been in the Elmhurst City Centre in the past few weeks, you have likely not seen the progress being made at the old Plass Appliance site on the west side of York Street right in the heart of the City Center.   These concrete block structures are the elevators, right?  They're set way back from York and rise vertically in the middle of the site.

We last covered this project back in January of 2016, more than a year ago when they tore the old building down.

If you haven't been following along on the blog, here's the site concept for the location:  it is a terraced building that will have offices/commercial on the first floor and I think it started as condos up stairs, but now is going to be offices?  They're calling it the York Building and it will border both York Street on the front, but also that "Schiller" alley thing that connects the new parking deck over on Addison and includes Nu Crepes (who, somehow has survived all of the construction around them!!).  How they do this building will be a big part of how Elmhurst connects Addison and York for the next few decades.  Done well, this is huge.  Done poorly and it will basically create 2 distinct districts with no connections between them.

There's other pieces of the City Centre puzzle that are shaping up including the re-zoning stuff that I posted about and another approval that is coming for even more apartments that I'll post about this weekend.

And going back into the old history machine here on the blog, here's a look at the Plass Appliance building as it stood with it's pretty darn cute neon sign out front.  The store closed in 2013.  Demolition followed in 2015 that included asbestos removal.  Covered here on the blog.

There's lots of internal links in this post and this seems like one of the most 'sourced' development posts I've been able to do and that's thanks to taking photos and documenting the various real estate moves in the Elmhurst City Centre for over 7 years since back in 2010.  You can see all the City Centre posts on the blog here.    Or, check out the very first "Elmhurst City Centre" post about the former Elks Club on the west side of York Street.  That building is JUST north of this site in *this* post.  Funny....that location is STILL vacant.  There's never been even a hint of someone moving in there with that upstairs location, despite it being - what I've heard - "very cool".

Have to think that this York Building, with it's side entrance is going to drive more consideration for that Elks Club location above the Citibank now, right?
city of elmhurst construction development elmhurst elmhurst city center Elmhurst City Centre real estate real estate. elmhurst york street