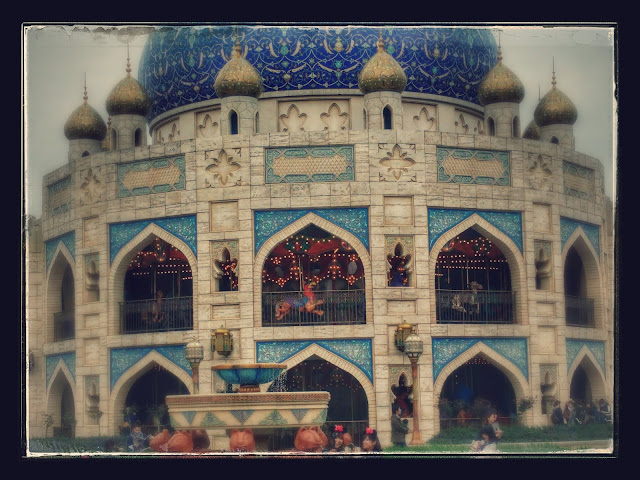 As I mentioned yesterday in a post, I spent a few days recently in Tokyo.  Part of that trip included an escape to see both Disney parks located there of course.  Yeah...I went to Tokyo.  And I went to their two Disney parks.  The first park I visited was Tokyo DisneySea.  Pretty incredible place and unlike any other Disney Park I've ever been to.  Over a bunch of posts, I'll share more of that experience including some of the things I saw and rode.  But for now?  Take a look at their Carousel.  It is back in the far corner of the park in the Arabian Coast land that features the Agrabah Marketplace and flying carpets from Aladdin.

But that carousel?  First, it is two stories tall.  And then they've built this beautiful building around it.  Just magnificent. 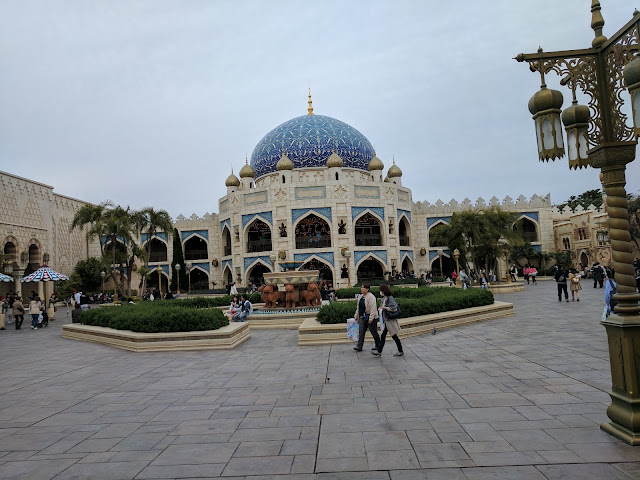 Here's the ride listing from the official Tokyo DisneySea site.  They list both the ride duration (2.5 minutes), the capacity (190 persons) and the number of mounts (126).  That's something that the domestic parks don't do, right?

Here's a look at the land via the map of the park. 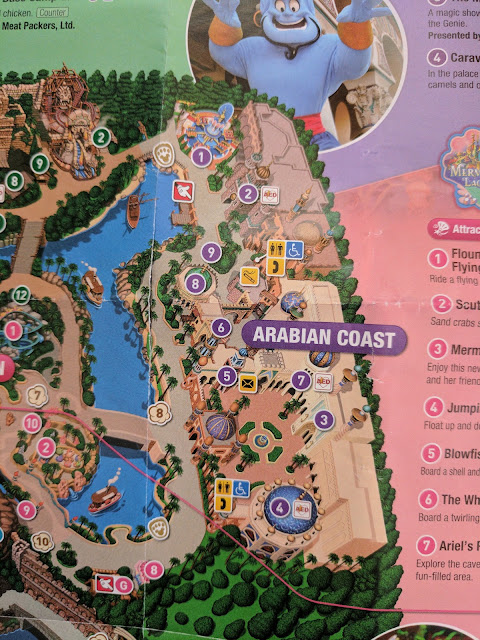 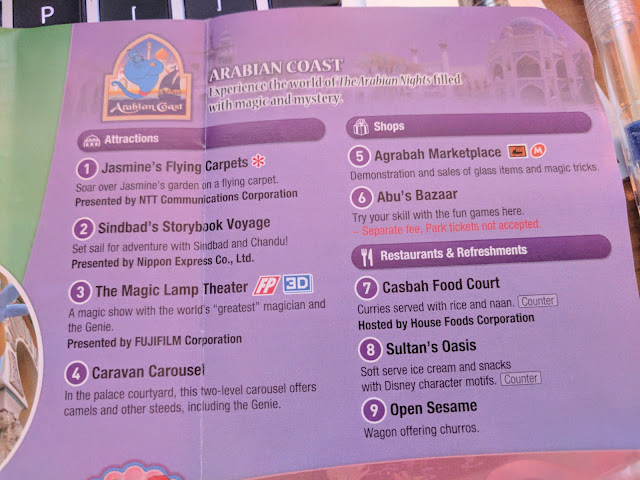