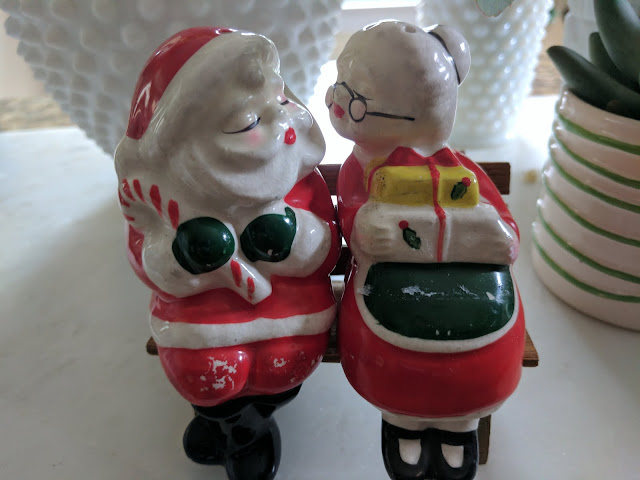 At the Elkhart Antique Flea Market there were so many treasures that it was hard to focus.  It was colder than we thought and we weren't dressed for the wind and weather, so we were hustling around.  I posted about the Schlitz glass pitcher yesterday, but today comes a treasure that is closer to my sweetspot:  vintage Christmas stuff.

Above you see Santa and Mrs. Claus on a little bench giving each other a smooch - and it is pretty cute.  They're salt and pepper shakers and this is what I *think* is the first matching pair of vintage Christmas ones we have.  I posted about this "Merry" (without Christmas) one back in 2014.  And this spaghetti trim Salt shaker (no pepper) in 2015.

This new pair was in a booth that was close to the entrance and I picked them up and liked them right away.  But, it was like the 2nd booth we had visited, so I passed and moved on.  Just like the Schlitz pitcher, since it was on the way out, I stopped by and the vendor was packing up so my low-ball offer was one they were much more likely to take!  And it worked.

Each of the pieces is marked with a separate "Japan" sticker including both Santa and Mrs. Claus, but also the bench! 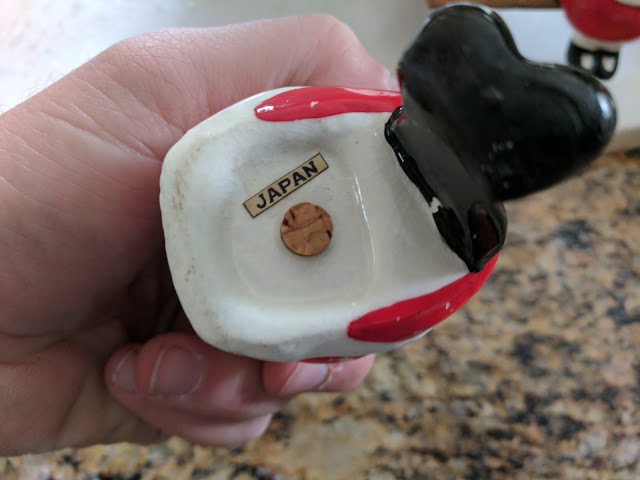 The bench is pretty cute by itself, isn't it? 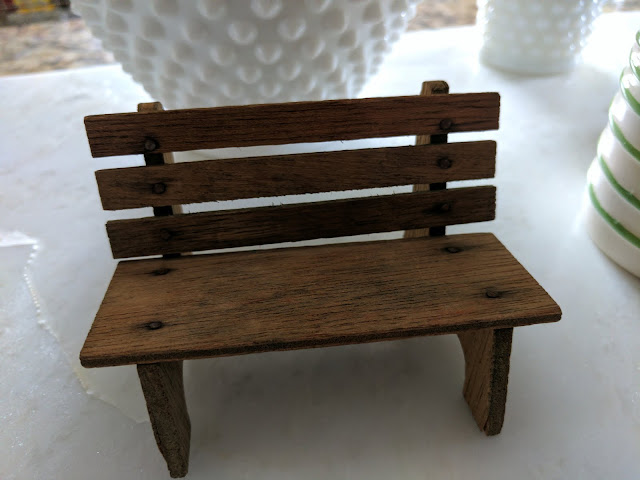 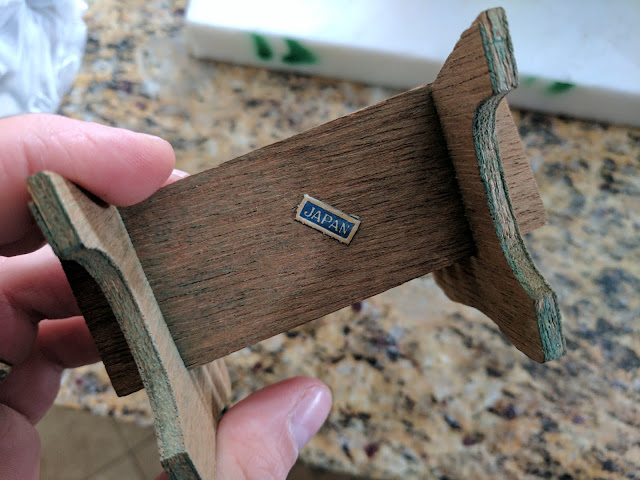 We have acquired so much stuff - especially vintage Christmas stuff in the two years since we moved out of our old place that one of the exciting things with our #newoldhouse is going to be figuring out what we can do for the holidays with our little vintage pieces.
christmas Elkhorn Antique Flea Market flea market made in japan Mrs. Claus salt and pepper shakers santa vintage christmas wisconsin
Location: 411 E Court St, Elkhorn, WI 53121, USA