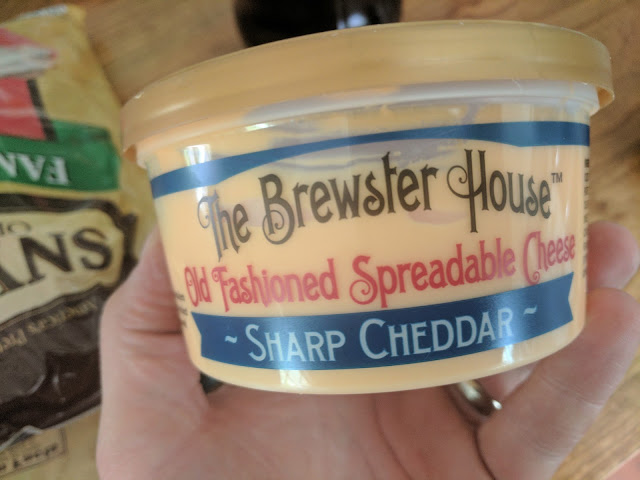 Called "The Brewster House Old Fashioned Spreadable Cheese", this isn't topping the King of Clubs from Mars.  Nope.  But this is different.  More like cream cheese than anything else.  It is smoother, easier to spread that Merkt's or King of Clubs.  But is super tasty.   Won't hold up to all of the applications, but works really well on things like pretzels.  With King of Clubs or Merkt's, when you take it out of the fridge and try to spread it, you end up breaking your various chips and pitas and what-have-yous.

This stuff?  Spreads like silk.  Even right out of the fridge.

To me, Club Cheese is like pizza.  There are really great pizzas.  Then there are just about every other pizza.   They're mostly all good.    Same with Club Cheese.  There's the King of Clubs.  Then everyone else.  This one will do for most use cases.  Wouldn't put it on a burger.  But would scarf it down at a party any day of the week. 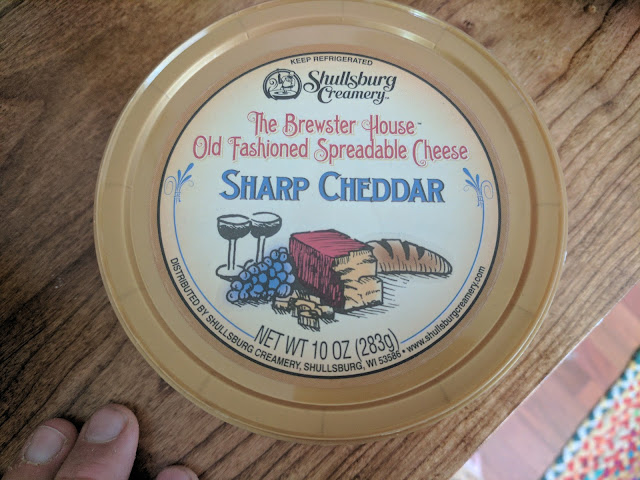