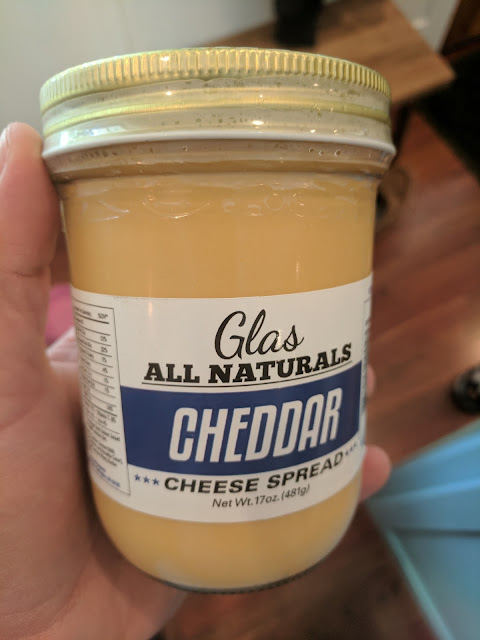 We stopped at the Farmer's Market in Woodstock on a recent Saturday as part of a trip to Twin Lakes.   We were walking to lunch across the square that looks a lot like Stars Hollow (according to Nat!) and while many of the flower and produce stands/vendors didn't make me think twice, when I came across a booth that was selling club cheese, well....I was going to stop.

Turns out, it was a booth from the folks at Glas All Naturals Cheese Spreads.  At the booth, they had a variety of cheeses including the one you see above that I bought: Cheddar.

Glas packages their cheese spreads in glass jars (with *that* name, it seems like a natural fit!) and a metal spin-on lid.  It wasn't cheap at $14, but I figured I'd give it a shot and see what it was like. 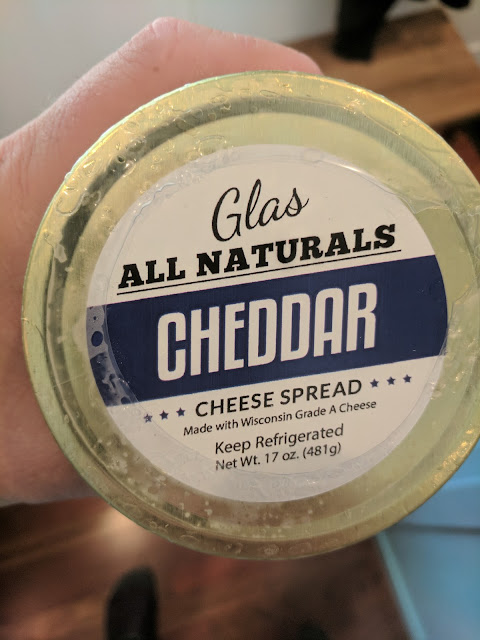 You can see on the lid, they state 'keep refrigerated', but during the transaction, they also stressed the freezable nature of this particular club cheese.  They said that we could put it in the freezer and it would come out just fine.  And that Glas is the *only* freezable club cheese out there.

Silly cheese people, right?  When would a tub of club cheese ever last more than a few days in our house?  Ummmm, never.

So, you can see the attributes below and some directions including not 'stabbing' into the jar - because of the potential of bacteria - which is a nice tip. 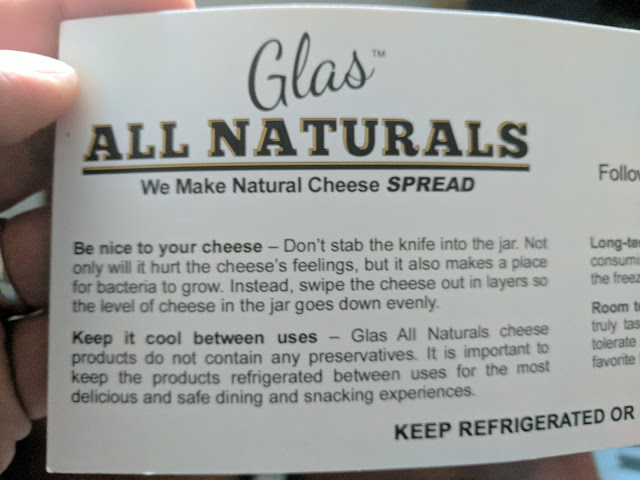 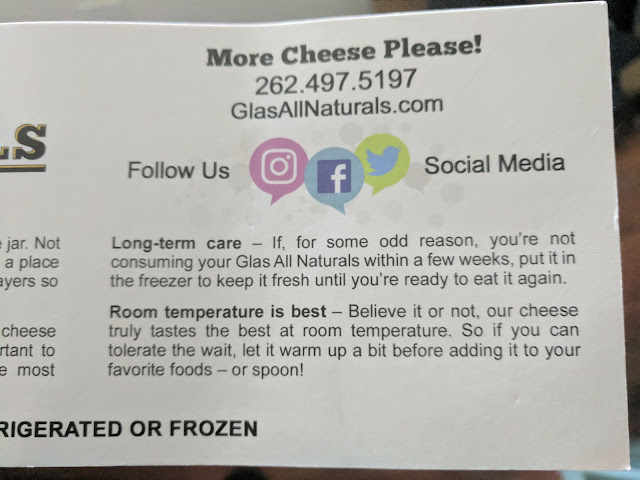 Now, I know what you are wondering:  Is it as good or better than the King of Clubs?  The answer?  Nope.  Glas is a fine product and worth having at a party or your next get-together or what-have-you, but you want to impress your friends and co-workers?  Show up with a crock of King of Clubs and you'll make friends for life.
cheese cheese spread Club Cheese farmers market wisconsin Wisconsin Cheese Woodstock