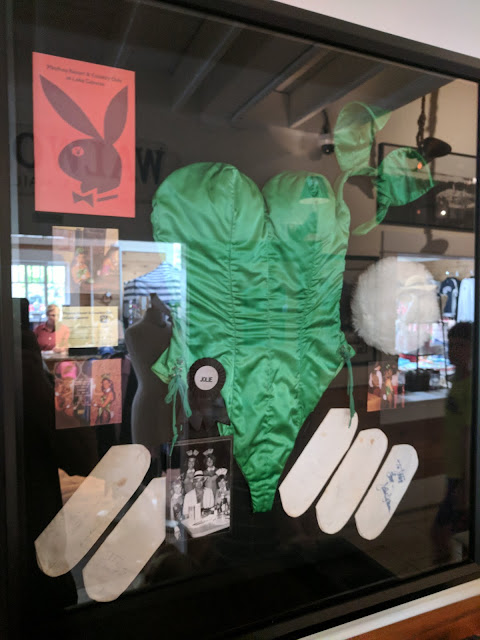 We went out to a kind of fancy lunch recently to a place called Pier 290 in Williams Bay up on Lake Geneva that is run from the folks who run Gage Marine.  It is a waterfront dining destination (for some) and we wanted to give it a try.  We drove by a place called Harpoon Willies that seemed more our speed, but we ended up staying the course and heading to Pier 290.  I went with the Wedge, which I have to say:  they got a bit too cute with and wasn't awesome.  Wedge's are best when they are dead simple with super high quality ingredients, right?  The one at Pier 290 is a balsamic-based dressed wedge, which was their first mistake.

But, that's not the point of this post.  Nope.  While the food was just fine at the restaurant, their wall of honor/memorabilia/photograph collection in the hallway on the way to the restrooms is, by itself, worth the visit.  And one of the displays there is all about the Playboy Club in Lake Geneva that you can see above.  (Side note...the Grand Geneva was once the Playboy Resort and Country Club???)  There's a bunch of artifacts including the bunny outfit and membership cards and what-have-yous, but there's also this photo inside of the display that you can see below: 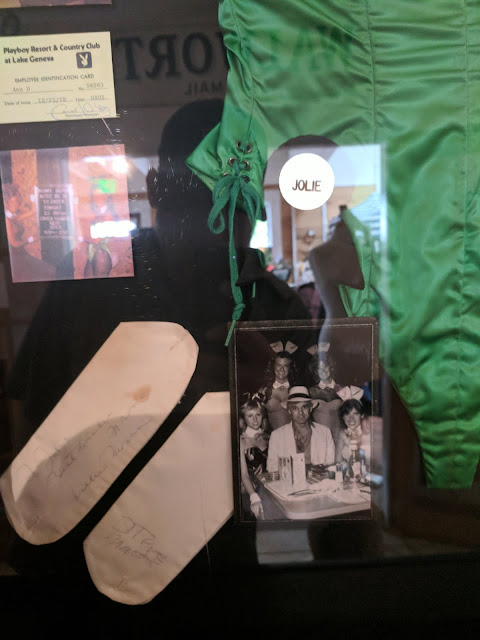