Is Our Dawn Redwood Going To Make It? 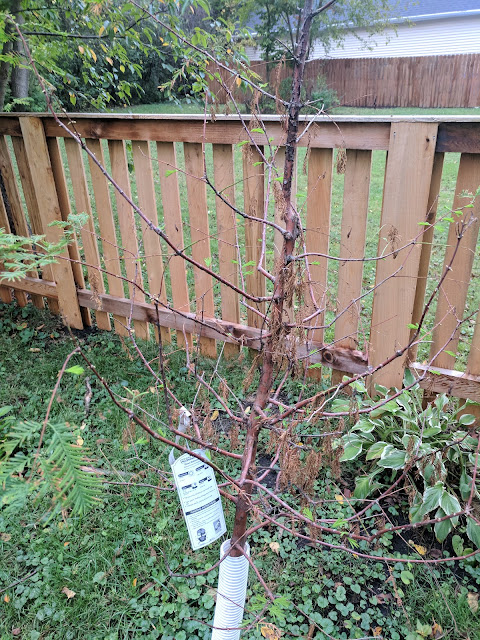 I went out in the #newoldbackyard to check on some of the trees we had planted this year recently and was surprised that MOST of them were doing just fine despite the almost drought-like conditions.  But the Dawn Redwood seems like it might be in trouble.  That's it above where you can see a lot of brown, yellow'd needles that have dropped off.  But, many of the 'tips' of the limbs are still green - see the photo below: 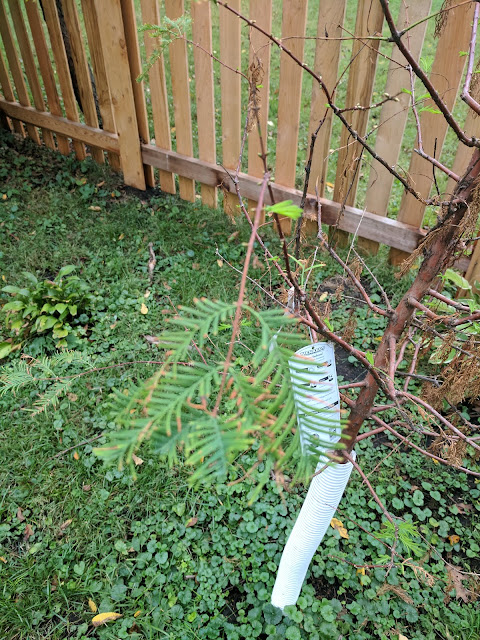 See the green needles on the far edges of the limbs?  So, there is *some* life in this thing, but did the drought get to the rest?

I've seen another of these (or perhaps it was a Bald Cypress??) in the neighborhood that had all of it's needles drop, so while I'm concerned that the drought affected my dear Dawn Redwood, maybe it will be fine?  I'll be watching this one bud out early in the Spring and will - of course - report back on it here.
#newoldbackyard arboretum Dawn Redwood deciduous conifers drought fall trees
Location: Downers Grove, IL, USA