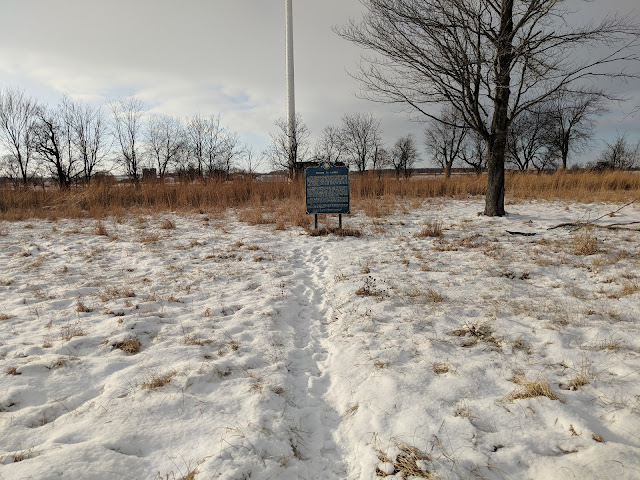 We took a drive one afternoon through the backroads to downtown Woodstock (or as Nat calls it 'Stars Hallow') and on Route 47 there were a series of signs that said "historical marker X Miles ahead" until we finally saw a sign that pointed to a turn-off where about 20 yards away, in the snow was this sign you see above.  You can see the little path that has been worn out to the sign and even footprints in the fresh snow, so I wasn't the first person to get out of their car to check out this sign/historical marker on this day.

While Nat and the kids stayed in the car, I got out and walked closer. 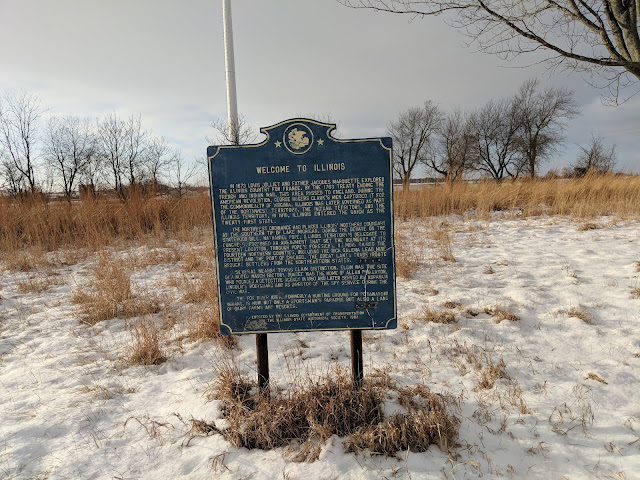 Until I came to this: 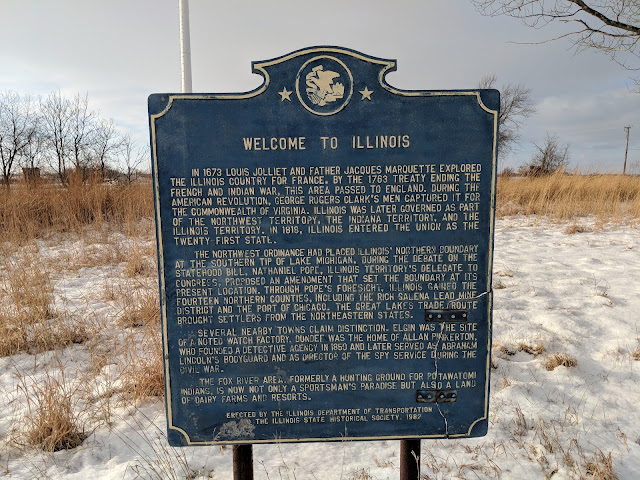 The Historical Marker Database or HMDB (which is a pretty incredible site!), you can find all the details.  It was put up in 1982 but the sign calls out the fact that Nathaniel Pope fought for Illinois to have its northern border moved further north - which gave Illinois the City of Chicago and the 14 most northern counties (including Lake...which is where this marker is located).

What is striking is that this isn't quite on the border.  In fact, it really isn't that close at all.  Just take a look at the map from the HMDB that I included below:

It looks like the marker has been cracked a few times, but they've tried to repair it/keep it together with some braces, but this certainly isn't a very glamorous location for a historical marker.
Hebron historical markers history illinois illinois history
Location: Hebron, IL 60034, USA