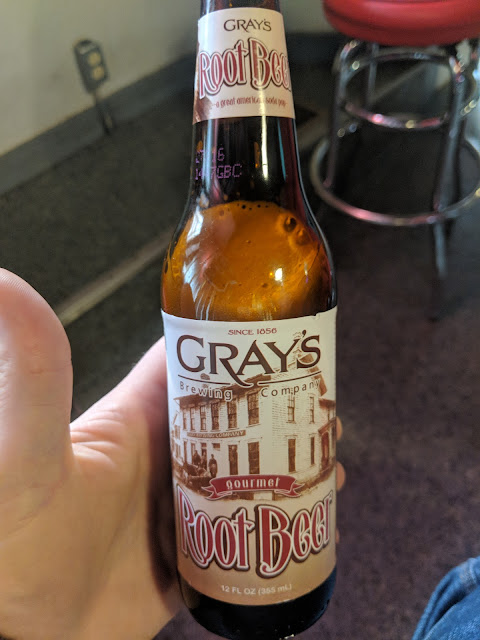 We wandered over to Kenosha one afternoon recently to make a stop at the Mars Cheese Castle and while we were out we, stopped at The Garage for a few burgers and root beers.

When we asked, "Do you have a good sarsaparilla?".  The didn't say "Sioux City Sarsaparilla".  But they said "Gray's".

So, we all enjoyed a few bottles of Grays and it was tasty.   I've never heard of the stuff, but a quick look around the Web, I discovered it is from Janesville, Wisconsin by a family that has been making beers, ales and root beers for more than 150 years.  And, according to this review on the Soda Jerks, it is a local Southern Wisconsin delicacy.


...The root beer recipe dates back 140 years and is made with pure cane sugar. It’s a nice grog, good creamy head, rich vanilla flavor and decent carbonation. It’s one of the better root beers I’ve tasted. It’s only available in southern Wisconsin as far as I know, so a road trip might be in order.

Find yourself at a Supper Club or burger joint in Southern Wisconsin?  Get yourself a Gray's. 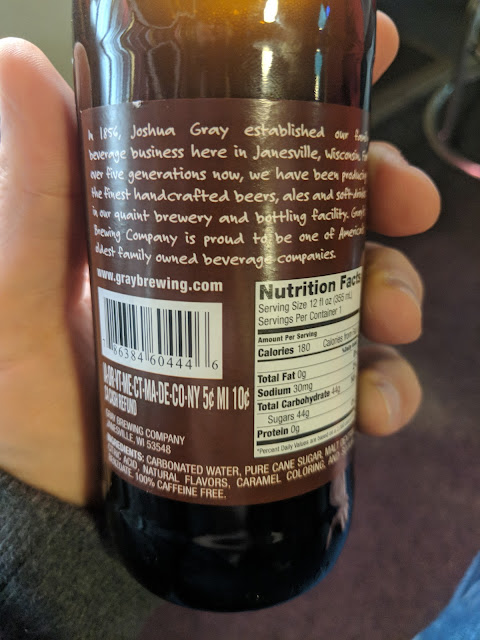