Winter Check-in On Our Saucer Magnolia 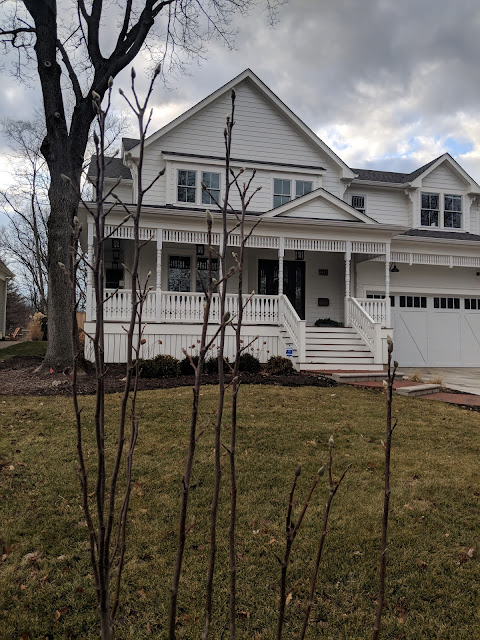 Last we checked in on our Saucer Magnolia in our front yard was back in September before it shed its leaves and went to bed for the winter.  I also talked about it potentially having sooty mold a few days later.   The first time I posted a photo of this particular tree was in August - about 45 days after we moved in - when it was growing and happy after being watered all summer.  I had decided to do some early in the growing cycle, preventive pruning to 'limb up' the tree and remove some suckers in order to allow the tree to put all of its energy into the main trunks.

With some decent weather recently, I went out and looked at a few of our trees.  I'll post some other photos of the other trees in the coming days, but today, let's look at the Saucer Magnolia.  Officially, it was the 9th tree added to our 'arboretum', but it was actually in before some of the others.  I just didn't get around to posting about it because it is in the front yard.  It is one of two trees we planted in front of the house to complement the existing trees both on our property (you can see the big one behind the Magnolia, near our front porch in the photo above) and on the parkway.

What is most interesting is that the Magnolia is showing a lot of life this late/early in Winter/Spring.  If you look at the photo above, you can see a bunch of buds emerging.  Here, below, is a closeup of one of them: 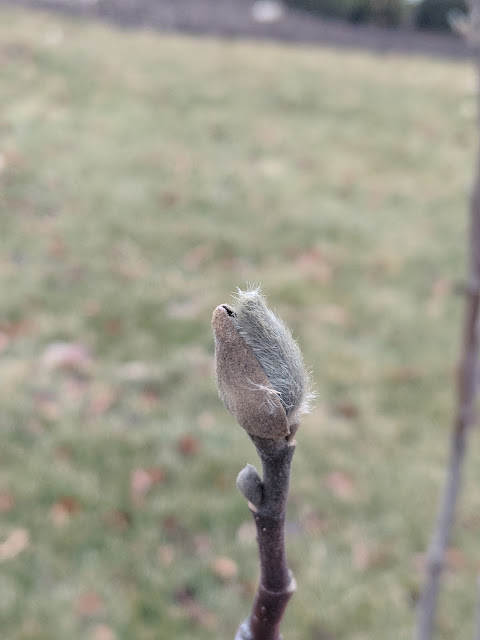 That initially had me concerned that maybe the tree was confused?  But then, I remembered that I actually went through this before.  Almost five years ago to be exact, I posted this photo of our (then) Pussy Willow tree that had buds emerge in February of 2012.  And guess what?  That tree was just fine.

A little digging tells me that the Magnolia sets her buds in late Summer and seeing them in the Winter/Spring is totally normal.  The only risk is if they open too soon and get damaged by the cold.  The one above has shed part of its shell/skin and the fuzzy bud is open to the elements.    I also learned that pruning the Magnolia tree in late Summer/early Fall is not a good idea.  Which...is exactly what I did!  It kind of makes sense, right?  If the tree is going to set buds in late Summer/early Fall, you need to leave the pruning to Wintertime, so you don't run the risk of pruning off any of the flowering buds that are yet to emerge.
#newoldbackyard #OnGrandGardens arboretum buds flowering trees front yard Magnolia Tree on grand gardens Saucer Magnolia trees
Location: Downers Grove, IL, USA