On 40 Trips Around the Sun and Blogging All About It... 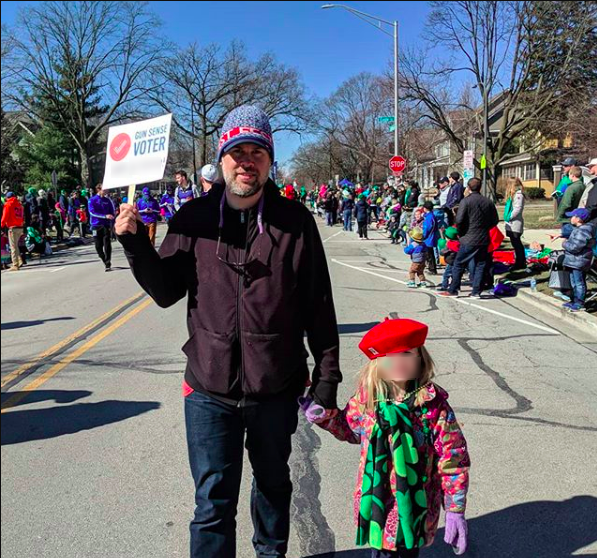 Today marks the beginning of my 40th trip around the Sun and as such, it seems like an appropriate time to ponder the state of the blog.  Yeah...I'm a blogger.  And have been so for more than 14 years.  I have the archives to prove it!  I started with the JoinCross Blog and then RhodesSchool and have been settled in here at "Why I oughta" on my personal domain for more than a decade.  And now with more than 3,000 individual posts, I've left behind quite a bit of digital and personal brick-a-brack over the years - especially with a handful of recent one-post-per-day-every-day years.  I'm on track to keep up the one-post-per-day for 2018, too.

Like a lot of you guys, I've read a bunch of the 'is blogging dead' pieces like this one, but a few have stuck out and I feel are worth sharing to talk about the place of a personal blog in the face of publishing platforms like Facebook and Twitter and Instagram what-have-you.  Now...I'm on Facebook and Twitter and Instagram.  I don't publish all that much there.  But, I do publish everyday here.    And I consider my publishing less about creating some audience and more about creating.  And creating everyday by flexing my writing and publishing muscles.  I talked a bit about blogging - and tools for bloggers - in this post about ProPublica's Illinois Governor's Race widget.

This piece by Ernie Smith on Tedium has some important aspects that I think are relevant to me.  About what a blog is and what is intended for:


Certainly, I don’t personally think blogging is dead or declining—there are a lot of amazing writers out there, many of whom have been active for many years. But I do think that the culture of what represents a “blog” has changed.

...But at the same time, I feel like blogs, whatever we end up calling them, are worth grasping onto as an ideal. The reason for that is that they represent some of the best examples of independent publishing that have ever existed.

That's kind of the route that I've settled in here on my blog.  Post-by-post.  Page-by-page, revealing where I am in life and how I've spent some of these 40 years.  And blogging was how I fell in love with the Web.  And I'm still in love with it.   From that same Tedium post:


But what if a lot of bloggers were never really in it just for the importance of being on top of the cultural pulse? What if the goal was to share a piece of ourselves through the mechanics of shoving new thoughts into a database every day?

Maybe we needed an onramp to the information superhighway. Blogging was just that: An important starting point for a culture where many people chose to both consume and create in equal measures.

I also read this post by Tim Carmody at Kottke that links to a Dan Cohen post called "Back to the Blog" that seems to point to a little bit of a 'blogging comeback'.  With all the crazy news about Facebook and all that they're doing with your data, maybe the days of people standing up their own homesteads online will be 'hot' again?  But, Tim calls out this paragraph in the Dan Cohen piece about what is potentially holding people back from blogging.  And it isn't the tools or any sort of on-ramping friction from a technical perspective.  At least, that's now what Cohen thinks is the issue.  He thinks it is the mental leap that one has to take:

It is psychological gravity, not technical inertia, however, that is the greater force against the open web. Human beings are social animals and centralized social media like Twitter and Facebook provide a powerful sense of ambient humanity—the feeling that “others are here”—that is often missing when one writes on one’s own site. Facebook has a whole team of Ph.D.s in social psychology finding ways to increase that feeling of ambient humanity and thus increase your usage of their service.

(Paragraph ripped right from Carmody's post on Kottke, but is from the original piece by Dan Cohen here.)

Think about that:  the idea that there's a gap between wanting to write something/create something and the fear that there isn't anybody around to pick it up and consume/engage with it.  Tim thinks that there's an opportunity for someone to solve that very problem:  either by creating enough pull away from the platforms like Facebook or by somehow overcoming the sense that you're out there all alone.  Tumblr - which I have a tumble blog here at Parrillo.info - seemed to try to close this gap.  So, too, did Medium.  By not only having a publishing platform, but also a community.  Maybe that's part of the solve.

But, as long as there's a way to share a piece of my world by shoving my thoughts and ideas into the database everyday, I'm going to try.  I'm certain that when I look back at 41, I'll be one year closer to earning my 20-year coin as a blogger.  Now, that'd be something, right?
40 years old birthday blogger blogging chris rhodes Dan Cohen Jason Kottke rhodesschool tim carmody