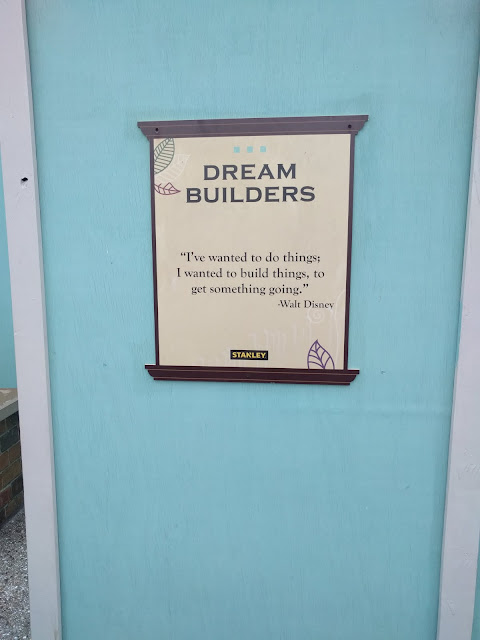 I've posted a bunch of Walt Disney quotes that have appeared on Disney World construction signs (sponsored by Stanley!) over the past year or so.  This one is another one that we spotted on the walk from the Boardwalk to Disney's Hollywood Studios - right outside the Disney Skyway station construction zone.


"I've wanted to do things; I wanted to build things, to get something going."